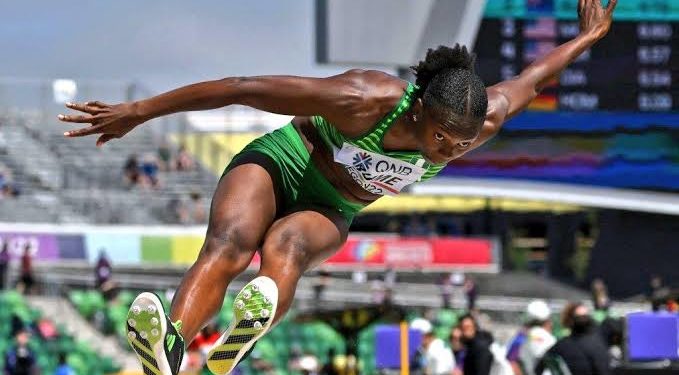 Brume is also the only athlete to win three consecutive Long Jump titles at the African Championships in athletics as well as the first African to win two Long Jump medals at the World Athletics Championships.

She represented Nigeria at the 2016 Olympic Games where she placed 5th in the Long Jump final with a leap of 6.81m.

Brume has been arguably Nigeria’s most consistent athlete over the past four years.

She burst onto the scene by winning gold as an 18-year-old at the 2014 Commonwealth Games in Glasgow, UK,  but could not defend her title four years ago in the Gold Coast, Australia.

However, since then, she has been on a consistent run, winning bronze at the World Athletics Championships in Doha in 2019. She followed that up by winning another bronze at the Tokyo 2020 Olympics.