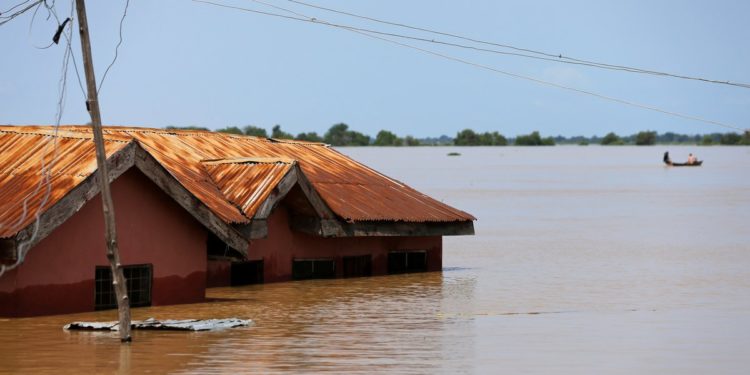 Excessive flood has washed away some parts of the Bauchi-Gombe Highway in Kirfi local government area of Bauchi State, making it impossible for motorists to ply the road.

The development, which happened on Thurday as a result of torrential rainfall, has forced motorists to now take the alternative Bauchi–Darazo–Dukku road enroute Gombe.

The downpour, which lasted several hours, up to the early hours of Friday, has ravaged farmlands and pulled down houses in Cheledi village and surrounding hamlets in the affected areas.

Secretary to the Bauchi State Government, Barrister Ibrahim Mohammed Kassim, who disclosed this on Saturday, said: “We are aware of the unfortunate event that happened day before yesterday, moving into yesterday night, again there was a reoccurrence of floods in Kirfi LGA.

“In fact, some of the reports we got earlier this morning is that the road to Gombe has been cut-off as of now around Balare village, as the two culverts in the area have been washed away by flood water.”

The SSG explained that Kirfi community leaders were in Bauchi on Friday to discuss with the state government officials on ways to ensure that the unfortunate incident is made a thing of the past.

Also speaking, the director-general of Bauchi State Environmental Protection Agency (BASEPA), Dr. Kabir Ibrahim, however, said that no single life was lost in the flood incident.

Ibrahim, who attributed the major cause of the flooding particularly during rainy season to climate change, expressed government’s sympathy to the people of Kirfi local government area, recalling that similar thing happened in Cheledi village of Kirfi LGA in 2021.

He revealed that after accessing the situation, the state government came up with a roadmap to excavate and desilt the local dam in Cheledi village to create a reservoir that can contain the volume of the water coming down from the highway adjacent to the area.

“Finally, we selected Triacta Construction Coy which is one of the global company we had doing one or things in Bauchi, and while trying to mobilise the company to the project site, the flood again happened in Cheledi, but its a near miss incident where everyone has survived in that regard.

“Now, we were able to resolve, collaborated with two companies, KK Kingdom, Habib Engineering and Shafa Coy where they have similar equipment with Triacta and the three companies would be on site today to commence work,” he added.