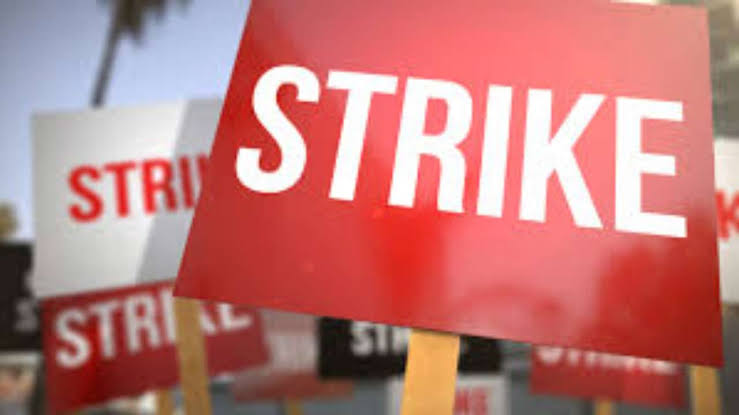 The Nigerian Association of Resident Doctors (NARD) has issued a two-week ultimatum to the federal government to pay the newly reviewed Medical Residency Training Fund (MRTF) to its members, implement the new National Minimum Wage, hazard allowance and other agreements.

This was contained in a communique jointly signed by NARD’s president, Dare Ishaya, secretary general, Suleiman Abiodun, publicity and social secretary, Alfa Yusuf, at the end of its July National Executive Council meeting and Scientific Conference: themed: ”The Quagmire of Medical Workplace Hazards: Defending A Nation Under A Shade of Arrows”, in Lafia, Nasarawa State.

The NEC observed with dismay, the unnecessary delay in the implementation and payment of the new Hazard Allowance for over seven (7) months since its approval on 22nd December 2021 in a circular with reference No. SWC/S/04/S.218/11/406 and also, the delay in the payment of the 2020 Medical Residency Training Fund (MRTF) to the members, who were omitted despite several efforts by the association.

It observed that the skipping arrears covering 2014, 2015 and 2016 have remained unpaid despite several negotiations with the federal government over the matter and noted that several years after the implementation of a new minimum wage in 2019, some of their members are yet to benefit from the consequential adjustment of minimum wage.
It urged the federal government to expedite action on the payment of the newly reviewed Medical Residency Training Fund (MRTF) within a two-week ultimatum to enable their members to meet up with the closing date of examination registration as advertised by the National Postgraduate Medical College of Nigeria (NPMCN).
The NEC demanded the immediate implementation and payment of the new Hazard Allowance and arrears as contained in the circular from the National Salaries, Income and Wages Commission (NSIWC) dated 22nd December 2021 with reference number SWC/S/04/S.218/11/406 within two weeks.
It added that the NEC shall by the expiration of the two weeks ultimatum, reconvene to review the progress made so far and take further actions for which nationwide industrial harmony may not be guaranteed.
The doctors further called on the federal government, the Nigerian Governors Forum, stakeholders, and well-meaning Nigerians to prevail on some state governors who are owing their members several months’ arrears of salaries and allowances to pay.
They enjoined the federal and all state governments to look into the issue of assault on doctors and thoroughly investigate the ongoing cases and put measures in place to nip the menace in the bud to forestall future occurrences, adding that these inhumane acts have affected NARD members both physically and mentally.

On brain drain, NARD urged the federal government to take steps toward curtailing the trend in the health sector and find ways of eliminating all bureaucratic bottlenecks in the employment and replacement of the resident doctors leaving the country’s institutions daily to seek greener pastures.

Meanwhile, LEADERSHIP recall that NARD had embarked on strike six times between 2016 and 2021.

The association, in 2016, under the leadership of the then national president, Dr Muhammad Askira, embarked on strike over several demands, including its members inclusion in the Integrated Payroll and Personnel Information System.

Again in 2017, NARD under the leadership of Dr John Onyebueze, embarked on another strike in September, over what the association described as government’s failure to meet the demands of its members, including non-payment of skipping.

In 2020, the association, under the leadership of Dr Aliyu Sokomba, again commenced strike in June, over disagreement with the federal government.

NARD again in September 7th, embarked on a nationwide strike over the lingering issue of non-implementation of agreements reached with the government.

In January 2021, the association, under the leadership of Uyilawa Okhuaihesuyi, went on a nationwide strike in April 1st. The strike was suspended after 10 days, when the association reached an agreement with the government in the Memorandum of Actions (MOA) signed at the instance of the minister of labour and employment, Dr Chris Ngige.

However, the association commenced strike again in August 2nd. The strike lasted for 63 days and patients, especially the poor who could not afford healthcare services in private hospitals bore the brunt.