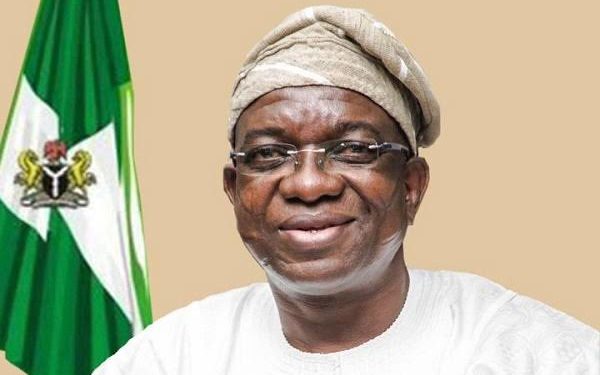 Oyo State deputy governor, Engineer Rauf Olaniyan, has dumped the Peoples Democratic Party (PDP) for All Progressives Congress (APC) three years and seven days after he was inaugurated as running mate to Governor Seyi Makinde of the PDP.

Prior to the 2019 general election, Makinde had picked Olaniyan, who was a governorship aspirant of the African Democratic Congress (ADC) at the time.

Olaniyan, who confirmed the move to APC, said he had no issue with his boss, adding that anything the governor expect from him in terms of governance, he willingly do it.

“This was a joint ticket. I was promised many things. Alhamdulilah for everything. It is not about money. If it was about it, I wouldn’t have attempted to join politics. I am not uncomfortable but by being in position of power, you have the right to assist many people.

“My people have been calling. Those from Ibarapa called yesterday. The Oke Ogun are meeting in Iseyin as we speak. The people are what make me. They can’t say something and I say otherwise.

“Whatever the governor expects from me, I will do. I have been sidelined. So, there is no problem with us. I am still loyal to him,” he added.

7 Incredible Health Benefits Of Strawberries And Why You Should Eat More... Click Here For Details
Tags: Olaniyan
SendShareTweetShare
Previous Post

OnlyOneEarth: Partnership For The Common Goal