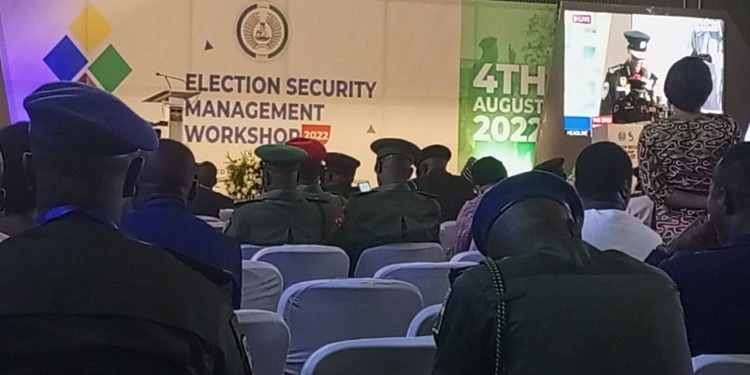 As the nation prepares for the 2023 general election, the Nigeria Police Force (NPF) has convened an election security management workshop to educate police personnel, the military, paramilitary and the public on their duties before, during and after the elections.

The event, which is currently taking  place at the International Conference Center (ICC) in Abuja, has top serving military and police officers, former IGPs, the paramilitary, media executives in attendance.

The inspector-general of police, IGP Usman Baba, said there were 400 trainees drawn from different security agencies, while similar training will hold in the six geo-political zones across the country.

The workshop titled, “Enhancing National Security Capacity for a Secure and Credible Electoral Process in Nigeria”, is being jointly organided by the Nigerian Police  Force and a private firm, Solar Security and Consult Limited.

Atiku, Obi To Speak At NBA Annual Conference In Lagos

Atiku, Obi To Speak At NBA Annual Conference In Lagos