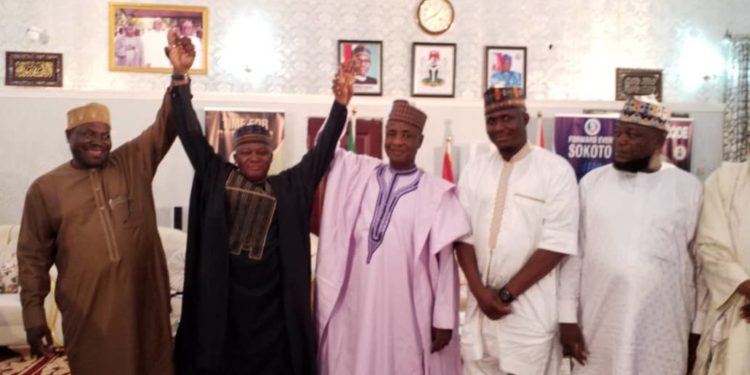 Barely 24 hours after the defection of the chairman of Tangaza local government council, Hon. Salihu Bashar Kalanjine, alongside eight Councillors to the opposition All Progressives Congress (APC) in Sokoto State, a serving Commissioner for Careers and Security Matters in the State, Colonel Garba Moyi Isa (rtd), has defected from the ruling Peoples Democratic Party (PDP) to the APC.

The Commissioner further announced his resignation as a member of the State Executive Council in charge of the Ministry of Careers and Security Matters.

Colonel Moyi (rtd), in a statement issued by the Special Assistant on New Media to the APC leader in in State, Senator Aliyu Wamakko, Bashar Abubakar, he said the retired Military officer decided to dump the ruling party because Governor Tambuwal administration lacked trust and efficient administration.

Bashar said, “Moyi is proud to associate himself with Wamakko’s quality leadership and promised to contribute in the Senator’s giant efforts, while announcing his resignation as member of PDP and that of the State Executive Council.”

Receiving Moyi, Senator Wamakko enjoined him to be steadfast in campaigning towards the victory of APC in Sokoto East Senatorial District and the state at large in the forthcoming 2023 general elections.