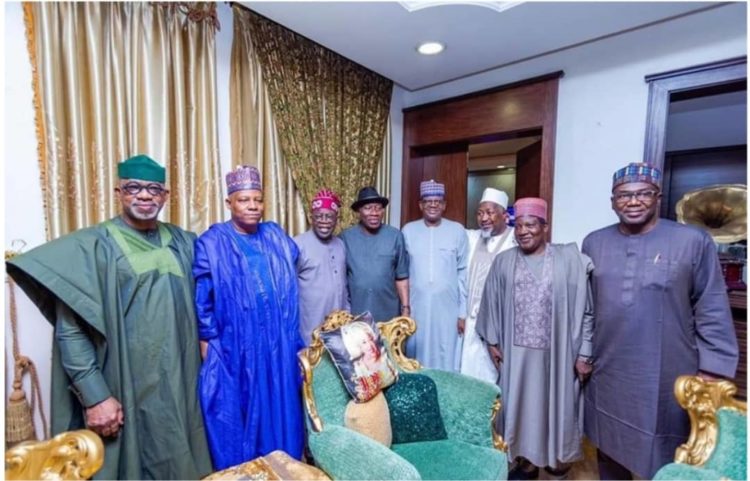 At the meeting, said to be a continuation of his ogoing nationwide consultations, Tinubu, who was accompanied by his running mate, Senator Kassim Shetimma, and five APC governors, sought the support of the former Nigerian leader in the 2023 presidential election.

The meeting provided the platform for the APC presidential candidate to bare his mind on sundry national issues and the forthcoming general election.

Details of their meeting were not made public.

However, breezing out of the meeting, Tinubu simply said he was on a courtesy visit to the former President being a former leader and one of the critical stakeholders in the Nigeria Project.

He also said he told Jonathan of his presidential ambition and to seek the support of his host.

LEADERSHIP gathered that the meeting was part of efforts by the APC standard bearer to get the nod of all critical stakeholders to become the next president of Nigeria in 2023.