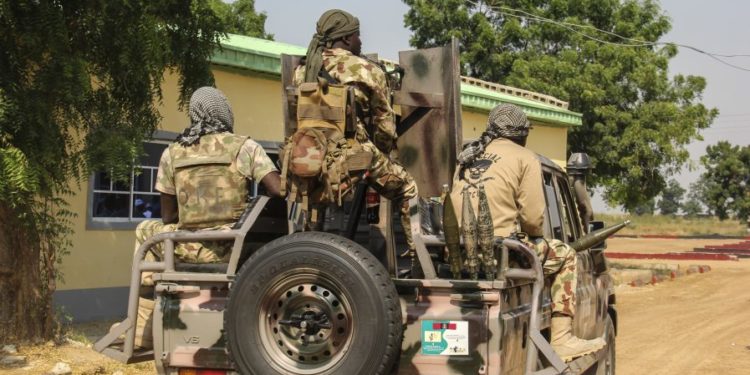 A combined squad of the Nigerian Army and Police foiled the mission of some bandits along the Kaduna-Abuja expressway on Monday, killing one and recovering several ammunitions.

The team were able to neutralize one and recovered one AK-47 rifle and nine of their operational motorcycles.

According to DSP Jalige in a statement, he said: “The dividends of the renewed vigor and purposeful synergy between the Police and the military in Kaduna State came to the fore yet again on Monday 13th June 2022 at about 0255hrs when the combined team of Police Operation Puff Adder and that of the Nigerian army Operation Thunder Strike while on routine patrol along Kaduna–Abuja highway at Sabon Sara had an encounter with armed bandits’ who were on their nefarious mission along the busy highway.

“The marauding armed bandits were intercepted at the above mentioned point where exchange of fire ensued as a result of which the friendly forces succeeded in truncating the bandits mission forcing them to retreat into the forest as one bandit was neutralised,” he added.

The statement explained that upon search of the general area, an AK47 rifle and nine bandits operational motorcycles were recovered while the high spirited operatives are not resting on their oars in ensuring the safety of motorists and other legitimate road users.