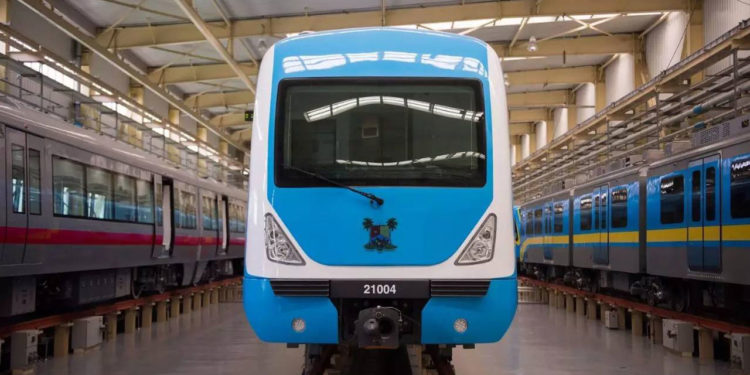 The managing director of the Lagos Metropolitan Area Transport Agency, Engr. Abimbola Akinajo has said the Lagos Blue and Red line rail projects, billed to commence operation in the first quarter of next year, will have the capacity to move between 750,000 and one million passengers on a daily basis.

Speaking during an on-site inspection of the projects, Akinajo said, the rail line, which is multimodal, will also have linked to it, the currently running BRT buses, a jetty as well as the commercial yellow buses. Whilst encouraging the private sector to partner with the Lagos state government by bringing in coaches that would run alongside the ones owned by the state, she said, the target is to ensure that passengers are moved for the various stations every three to five minutes.

“We have a rotary UPS system that will ensure that there will never be a stop if the Eko Disco’s main distribution goes down, the UPS picks up until the IPP picks up. So that has been well designed well thought through and it’s the same that you would use all over the world and that’s the system that we’re going to implement for the blue line

ty and that is on the Marina which now becomes a transport hub that it always was for Lagos that we hope will regenerate the area from a business district perspective.”

On measures being taken to ensure security, Akinajo said: “we are talking to the police to ensure that we have what we would call a rail Transport Police unit that will man our stations. They will man the whole entire line.

“Then we will have plain clothes which could be our Lagos Neighbourhood Watch that will work with us and they will ride on our trains to be certain that they can pick up any  strange activities and we will have security cameras all around all of our stations to pick up any strange activity so that it’s a multifaceted approach that we’re taking to security to ensure the security of our people as well as our infrastructure.”