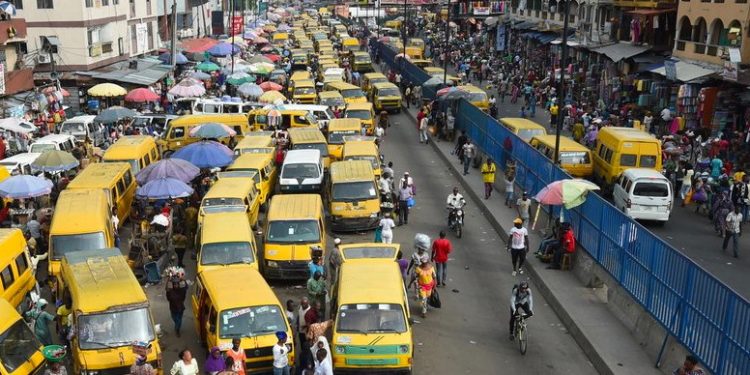 There was confusion at Jakande Estate and Isheri Road in Oshodi-Isolo Local Government, Lagos State on Thursday following the death of a pedestrian that was killed by a commercial motorcyclist also known as Okada Rider.

LEADERSHIP Friday gathered that the situation degenerated when irate youths started attacking commercial motorcyclists and set their motorcycles ablaze, in protests over the death of the pedestrian around the axis.

Witnesses said the rider allegedly lost control of the motorcycle and knocked down a pedestrian at a bus stop along the road, saying he died a few minutes after the accident.
The death of the passenger drew the flaks of the residents who pounced on the rider, beating him to pulp before the policemen from Lagos Command arrived and rescued him from being lynched.

Hundeyin in a statement issued after the incident, warned Lagosians to desist from carrying out jungle justice on anyone whose action they felt are contrary to societal norms, urging them to report the incident to the police for necessary actions in accordance with the law.
He said, “It is important to clear the air on what’s going on at Jakande Estate/Isheri Road. This morning, a motorcycle rider veered off the road and hit a pedestrian.

Unfortunately, the pedestrian fell and died on the spot. People around decided to lynch the motorcycle rider.’’
“The Lagos State Police Command condemns jungle justice in very strong terms. Anyone found engaging in such would be dealt with in accordance with the law. Meanwhile, officers are on the ground and normalcy has returned to the area”.

UK To Support NDLEA With £1m, Others