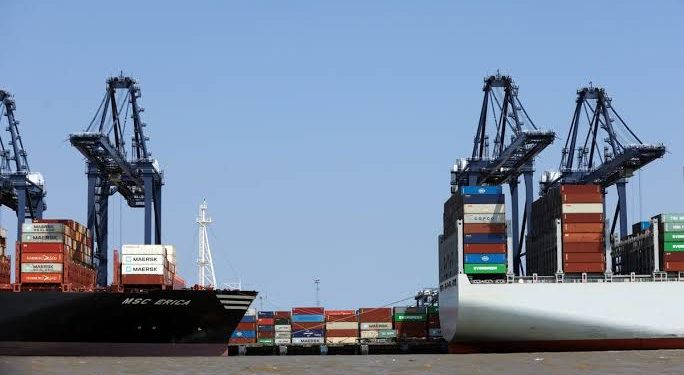 Foreign Shipping Companies have slammed a whooping N94billion demurrage charges on Nigerian importers in 2020 and 2021.

Demurrage refers to the sanction fee importers pay for the use of containers beyond the free time period approved by government.

Nigeria seaports have the least free period of three days among its contemporaries in the West and Central Africa sub-region.

Data from the Nigeria Shippers Council (NSC) indicated that Nigeria has three free storage days and five demurrage free days, which is low compared to neighbouring Benin Republic, which has 10 demurrage-free days. Ghana, on the other hand, has eight demurrage-free days.

Meanwhile cargo dwell time (time to clear cargo) takes between 20 and 28 days in Nigerian ports, while in Benin Republic, it takes between10 and 15 days. For Ghana, it is between 12 and 14 days and Togo eight and 12 days.

However, the N94billion incurred in two years was the payment made by importers due to the delay in taken their cargoes out of the seaports, especially, due to lack of automation to drive efficiency and effectiveness.

The huge yearly loss, industry close watchers say, was due to over-reliance on manual processes and procedures in cargo clearance at the port.

To reduce the loss, at the just concluded 3-day Maritime Seminar for Judges organised by the Nigerian Shippers’ Council (NSC) in collaboration with the National Judicial Institute, they renewed the call for the government to see to the complete overhauling of port processes from manual to digital.

A former executive secretary of NSC, Hassan Bello, said that having an automated, digital, and electronic-driven port would put an end to the issue of demurrage at the Nigerian port.

According to him, demurrage is an aberration, and it is difficult to understand why people pay N47 billion in one year.

“It is a sign of inefficiency and lack of competition. Terminals should compete with one another to raise the bar in efficiency just like in the communication sector. Customs clearance should be as fast as possible and we hope that the e-Customs would help to bring down the turnaround time for vessels and dwell time of cargo,” Bello said.

While noting there should be legislation in place to compel government agencies at the nation’s seaport to automate their processes, Bello said Nigeria ought to have a contactless port that is digital and technological driven.

He said the two competing edges the port will have with automation is that it will minimise the amount of time ship and cargo spend at the port.

Bello further said that Nigerian shippers usually decide to take their cargo to sister countries like Cotonou because the ship will discharge in two days and the cargo would be cleared in seven days with only three or four documents to fill.

In Nigeria, he said, it takes 20 days for a ship to turn around and 21 days for the consignees to get their cargo out of the port.

“In Singapore, there is no dwell time for cargo. The cargo exit as soon as it comes. Cargo inspection is important to determine the viability of the cargo and how economically focus the country is. The Nigerian Ports Authority is very strategic such that since the privatisation of the ports, Nigeria has gotten much improvement in cargo handling compared to what was initially obtainable,” Bello said.

Bello, who noted that the Nigerian port needs adequate infrastructure including inland connectivity to be efficient, said there are no scanners at Nigerian ports, which had made cargo examination very slow.

According to him, where a container can be examined in 5 minutes using scanners, the physical examination takes 5 hours, thereby calling on Nigeria Customs to deploy scanners to the port to ease cargo inspection.

On his part, the former president, Nigeria Shipowners Association (NISA), Aminu Umar, confirmed that the Nigerian port needs to be automated.

He said the major issue faced in the port today is congestion and delay in ships coming to berth, adding that port operation in Nigeria for the past few years has been challenged due to the congestion in various ports.

Umar further said that ship owners also face the issue of documentation processes due to the multiplicity of approval in Nigerian ports unlike in some other ports.

“There is so much human interface when bringing any vessel into the country and that should be cut down. In Europe, there is zero human interface. We should be able to cut it down using a single window. The cost of logistics operation in Nigeria is very high compared to sister African countries and European countries,” Umar added.

He also faulted the low investment in infrastructure as well as in the expansion of Apapa and Tin-Can Island Ports.

Meanwhile, Justice Bode Rhodes-Vivour (rtd), said there should be technological advancement including automation which has the potential to eradicate corruption and other negative activities in the maritime sector.

According to him, corruption is a major bane of development and is counterproductive to efficiency.

“Stakeholders must ensure that all hands are on deck to get rid of any fraudulent and corrupt practices in the industry. Corruption militates against development. It increases the cost of doing business, limits economic growth, negatively impacts social wellbeing, destroys and distorts processes and procedures, robs the government of legitimate revenue, and gives the country a bad image globally,” Rhodes-Vivour said.

Rhodes-Vivour further said that all hands must be on deck to ensure the smooth and consistent transition to technology including automation because automation can ensure ease of doing business by diminishing human contacts and increasing efficiency.

While commending the Nigerian executive arm of government for the recent appointment of an Economic Regulator of the port with a view to enhancing efficiency, creating a competitive atmosphere, and improving the economic viability of the port subsector, he said the Economic Regulator will entrench transparency, accountability through the automation of the port.

He, however, called on both the Judiciary and the Legislature to fully support the reforms in the maritime sector by giving the necessary support to enable it to carry out its regulatory roles.

“It is expected that the economic regulator will regularly come up with viable blueprints in the drive to maximally exploit the economic potential of the maritime industry,” he added.

Innocent Gamboru, the representative of the managing director of the NPA, said the vision of the Ports Authority is to be the maritime logistics hub of Africa which is why it is introducing innovations in port operations.

Gamboru, who doubles as the legal adviser for NPA, listed the innovations to include the deployment of information technology, automation of its operation through an electronic entry system, establishment of deep seaports, the dedication of export terminals, revamping of the gate port infrastructure, and encouraging the private sector participation in the maritime sector among other measures.

“We are of the conviction that in the very nearest future, our ports will be the best in Africa,” he added.