by Henry Tyohemba
in Business
0 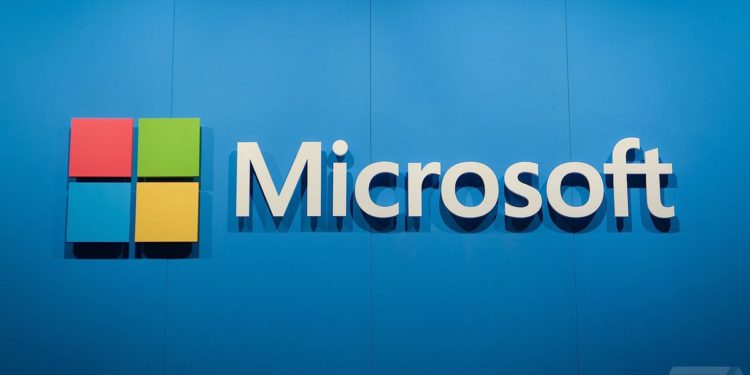 The software giant, Microsoft and Lighthouse Church, Abuja, have both collaborated to train youths and teenage students on new age technologies to enable them make a living.

The training is the continuation of the version 1.0, earlier organised last year in  Plateau, Jos, and is aimed at bringing people up in technology and how they can actually stand on their own, leveraging on technology to make a living.

Speaking to LEADERSHIP, Microsoft’s Most Valuable Professional on Data Platform, and a trainer, Ayodeji Folarin, said the ongoing training is about putting students through different technologies that will help them make a living.

“So we are putting them through things around Microsoft solution, tools they can learn within few days, get up and start running and start making a living for themselves.

“The training  also focusses on automation of processes in the organisation, using tools like power automate.

“They will also learn how to use tools like power virtual agent, being able to build box on site and any solution in an organisation that can interface and interact with customers,” he said.

On his part, the Pastor of Lighthouse Church, Abuja, Pst Sola Adesoye,  said he keyed into the project to help Nigeria grow in tech space.

“When I move around, I see a lot of young people, many of them don’t seem to have a bearing in their lives and so we decided to set up a focal tech community and in order to inuguarate it, we spoke to Microsoft to see how they could partner with us and to create a platform to inculcate technology, mental positioning for young people so it has become a reality today.

“For us as a church, we are also involved in community to position people towards the future. So, we said, let’s begin something that will obviously grow so that individuals and Nigeria as a country can begin to take the lead in tech space,” he said.

Pastor Adesoye who  revealed that the church was going to build an IT hub, said over 400 teenagers were undergoing the training.

He  said the training would be a monthly cycle which would involve other people in the church’s  community  as well.

Meanwhile, a regional lead, and one of the trainers, Microsoft, Oluwaseun Oluwasiju,  said the software giant has trained over 10,000 youths since the programme started.

“We should make good use of their time even as schools are on strike. We should try to learn a skill. So it’s about impacting the young people so that they can affect their immediate environment and collectively, they can affect the nation and create impact in Africa.”

One of the beneficiaries, a student of UNILAG,  Akinboyewa Deoluwa, said she has learnt when it comes to Microsoft.

“I didn’t know Microsoft has a lot of applications that is used for different things. Even for Excel, I didn’t know that it has so much more than I thought.

“With what I have learnt today, I’m going into GIS analysis which is Geographic Information System and it is basically Geography and tech together so learning this has helped me.”

Another beneficiary, Geng Andrew Jeremiah, who is a student of computer engineering, said the training has been very educative.

He said the training has helped him broaden his mind about the course he is studying, while calling on Students to engage in a skill and utilise the strike by Academic Staff Union of Universities (ASUU).