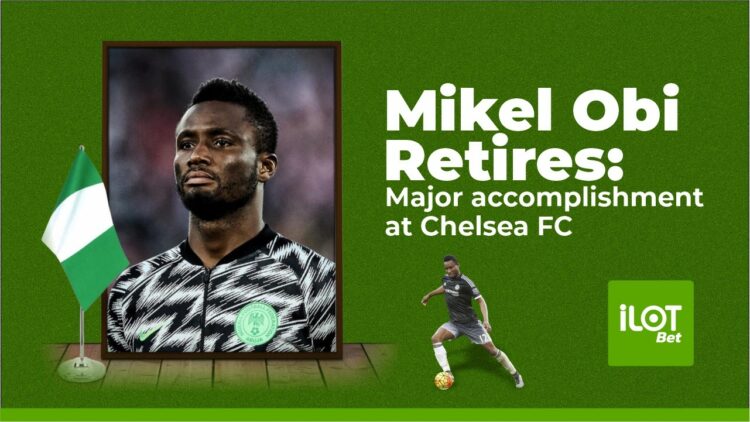 Mikel John Obi is a former professional footballer who played as a defensive midfielder for club and country. Mikel began his career with local club Plateau United, before joining Norwegian club Lyn at the age of 17 in 2004. Mikel’s career began when he was chosen for the Pepsi Football Academy at the age of 12 and went on to play for Nigeria at the FIFA Under-17 World Championships. While there, he led Nigeria to the finals and was named second best player in the tournament.

As at 2017, when he was signed to the Chinese club, his net worth was more than $25 million. He currently has a net worth of $41 Million, with an annual salary of $6 million. These figures exclude the numerous brands he is affiliated with as a brand ambassador.

Some of his first moments in Chelsea include:

First appearance – Mikel made his first appearance for the Blues in the UEFA Champions League game against Levski Sofia on 12th September 2006 and the rebound from his saved shot at goal was met by Didier Drogba.

First goal – Mikel’s stunning volley against Macclesfield Town in the FA cup was his first goal for Chelsea, as the Blues thumbed them a whopping 6-1 to move to the 4th round of the competition.

First red card – In the League Cup final in 2007, substitute Mikel Obi was sent off for the first time in a Blue shirt after clashing with Kolo Toure. The incident was followed by a huge fracas where Toure and Emmanuel Adebayo were also sent off.

First champions’ league trophy – Mikel had the best night of his Chelsea career as he played the full 120 minutes in Munich, when the Blues claimed the Champions league trophy against a relentless Bayern Munich side and became the first London team to win a champions league.

Register on ILOT to get the best sports betting experience as a bettor. Click HERE to bet on all forthcoming matches.

Mikel obi has also had quite an achievement when he was a Chelsea player. They include;

Mikel Obi who enjoyed a hugely successful career both at the club and international levels took to his official Instagram account to reveal his decision to retire on Tuesday, September 27, 2022.

Join ILOT BET now for more news that will help you enhance your betting experience and help you win big.