by Bukola Idowu
in Featured, Business
0 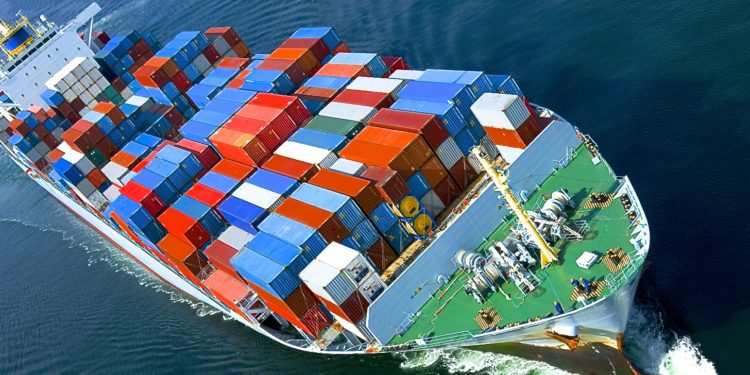 The Nigerian economy has been challenged in many fronts in recent years due to a combination of local and global factors. Disruptions due to the COVID-19 pandemic, delays in global logistic value chains and local security challenges have exerted undue pressure on our economy, making macroeconomic management very difficult.

These factors impacted oil production and prices, disrupted trade and exports, reduced capital inflows and impacted food production. They also exposed the fragility of the Nigerian economy and the need for a more diversified economy.

Despite the rising value of oil at the international market, the local currency has been on the low end with the naira exchanging to the dollar N620 at the parallel market and closing at N427 at the Investors and Exporters window last week.

To address the growing divide between demand and supply of dollars within the economy, the CBN has taken several steps to manage the dollar shortage in the country. The apex bank had in February this year launched the RT200 FX Programme which is the race to achieve $200 billion non-oil inflow into the country within the next three to five years

According to the CBN governor, Godwin Emefiele, the programme was borne out of the realization that most of our current sources of foreign exchange inflows were unreliable, and perennially prone to exogenous vicissitudes of global economic developments.

“We have all been witnesses to the ever-changing fortunes of oil-exporting countries. Even those that have been reputed to manage their oil proceeds well also suffer from major shocks once oil prices plummet. In order to avoid these sudden adjustments to our economic life, we needed to focus on strategies that can help us earn more stable and sustainable inflows of foreign exchange. We would need to follow the best practices of other countries and ensure that we protect ourselves a little bit from factors that are beyond our immediate control.

The Value-Adding Export Facility is expected to provide concessionary and long-term funding for businesspeople who are interested in expanding existing plants or building brand new ones for the sole purpose of adding significant value to our non-oil commodities before exporting same.

There is also the Non-Oil Commodities Expansion Facility, which will also be a concessionary facility designed to significantly boost local production of exportable commodities. This facility will be designed to ensure that expanded and new factories that are financed by the Value-Adding Facility are not starved of inputs of raw commodities in their production cycle.

The rebate scheme is designed to incentivize exporters in the Non-Oil export sector to encourage repatriation and sale of export proceeds into the forex Market and had attracted an inflow of $60 million in two months from 150 exporters who jointly earned a rebate of N3.5 billion.

However exporters are still riddled with several challenges, which was the focus of the maiden edition of the Biannual Non-Oil Export Summit. Stakeholders in the export value chain had gathered to discuss and seek out a way out of the various dilemmas that exporters in the country face.

Emefilele whilst speaking at the summit had said: “we have heard of people who want to export their goods queuing for weeks or months before their goods can go out. So because time is against us, in the short run, let us work on what the NPA and customs do for the exporters. Whether they want to create a set of dedicated route from which they can easily export their goods.

“It is sad that because of the problem of finding an easier route for goods to be exported out of the country, Nigerian exporters prefer to transport by road or sometimes barges from Lagos to Accra or republic of Benin to export from there.
ing these, we lose the opportunity to earn export proceeds.”

To address the challenges being faced by exporters in the country particularly at the ports, the CBN governor alongside the group managing director of Access Corporation, Herbert Wigwe, who is also the Chairman of the Committee of Bank CEOs supported by bank chiefs and other stakeholders in the export ecosystem had resolved to major decisions.

One of such was the agreement that the bankers committee will work with the export ecosystem to help integrate the automation system in the export value chain to cut short the time that goods spend at the ports while heading to their destination and make the process less cumbersome.
Aside this, the Governor of the CBN, who stated that the country has reached a stage where non -oil exports proceeds is “badly needed” said “I want to appeal to the Nigerian Ports Authority and the Nigerian Customs that we establish a working group comprising the bankers committee, NPA, the Nigerian Customs and maybe a shipping line to resolve these issues.

“In the short run let us look at how do we immediately create a dedicated export route for exporters, so that their goods can leave. Many of those containers that bring goods into the country go out empty because of these problems. Let us work on finding a dedicated route where exports can go out easily.

“In the long run we can talk about how do we work on the Lagos free trade zone and create a road that will take the goods though an express road. The Lekki port has a blueprint of a road that goes to Ondo which is about 50km.

“The Infracorp is ready to fund that if those of us can yield in. Because what I find is that instead of yielding to doing what is for the good of our country, people want to own colonies because they believe it is their exclusive responsibility. We are talking about how we can work together now. In the long term we can talk about Badagry, Bonny and Ondo ports.”

Cautious Trading To Continue On Stock Market This Week

Cautious Trading To Continue On Stock Market This Week