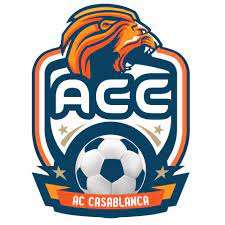 The club in a letter dated July 4, 2022 and signed by the director, Rachid Nasraoui, said: “The Board of Directors of Avadas Club in Casablanca, Royal Kingdom of Morocco, after

our very successful meeting at our stadium on 29 July 2022, hereby wish to appoint you

as our consultant to the International Ain Sebaa Cup, a football tournament for age groups (11-12 years) taking place in Ain Sebaa from November 3 to 7, 2022.”

Gara Gombe, a notable personality in Nigeria’s football whose influence has reigned for over decades, was mandated to nominate, screen, coordinate and mobilise the

participation of a minimum of four teams from different countries across Africa for the five-day competition.

Nasraoui expressed hope that Gara Gombe’s appointment would signal the beginning of a mutually beneficial relationship between Nigeria and Morocco in youth football development and talent mentoring.

Avadas specialies in football development and youth football and it is the first time the tournament is going international.

Gara Gombe is also a Consultant and Adviser to the Embassy of the Kingdom of Morocco on community relations, a position through which he was recently mandated by the Moroccan authorities to coordinate the very successful official visit of the Emir of Kano, Alhaji Aminu Ado Bayero, to the Arab nation and for which he was immensely appreciated by Moroccan authorities and the Kano Emirate.

He was also mandated by the Moroccan embassy to coordinate logistics during the recent CAF Confederation Cup final in Uyo, where Moroccan club Berkane FC defeated Orlando Pirates of South Africa.