by Tarkaa David and Muh”dZangina Kura
in Cover Stories, News
0 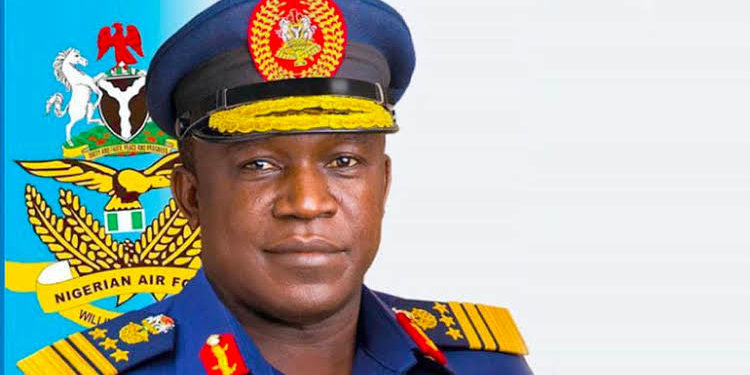 A terrorist kingpin, Alhaji Shanono, and 17 of his fighters have met their end after Nigeria Air Force (NAF) bombed their location in Kaduna State on Tuesday.

Alhaji Shanono and his fighters were killed during a meeting at Ukambo, a village about 131 km from Kaduna in airstrikes executed by the Air Component of ‘Operation Whirl Punch’.

A high-ranking Air Force officer told LEADERSHIP that over 30 rifles and 20 motorcycles were destroyed while 26 hostages held by the terrorists escaped following the airstrikes.

He said, “The effect of strikes undertaken by NAF aircraft revealed that several terrorists have been eliminated and their enclaves destroyed. One of such strikes which occurred on 9th August, 2022, resulted in the elimination of a well-known terrorist leader operating in Kaduna State.

“Indeed, following receipt of intelligence on 9 August 2022 that a well-known terrorist kingpin, Alhaji Shanono, had scheduled a meeting with his foot soldiers at Ukambo, a village about 131 km from Kaduna, the Air Component of Operation Whirl Punch dispatched aircraft for interdiction mission at the location.

“Overhead the location, terrorists were sighted under clusters of trees at the foot of Ukambo high ground and, after ensuring the absence of civilian settlements within the location, the crew received the authorisation to strike.

“Feedback from local sources disclosed that over 30 rifles and 20 motorbikes were destroyed while about 18 terrorists, including Alhaji Shanono, were neutralised while others sustained various degree of injuries.”

He said similar strikes were also undertaken in the Northeast leading to the destruction of terrorists’ enclaves in Borno State.

Specifically, he said the Air Component of Operation Hadin Kai on August 6, 2022 conducted airstrikes at Gazuwa, about 1.2 kilometres to Gargash, after intelligence revealed infighting between terrorists of the Shekau faction of Boko Haram and Islamic State of West Africa (ISWAP) terrorists.

“The state of confusion and disorder among the two terrorist factions thus presented an opportunity for a surprise strike by NAF pilots which was carried out using  two aircraft types,” he added.

According to him, when the pilots arrived at the location of the infighting, the location also had an ISWAP flag hoisted on the structure and three solar panels on the rooftop.

“Intelligence received and corroborated by local sources revealed the strike was a success as the terrorists did not anticipate it, with several eliminated and others injured.

“The impact of the strikes is said to have reverberated through the remaining terrorist camps who are beginning to realise that they are fighting an unjust and lost cause that will no doubt lead to their death. Most are said to be contemplating surrendering just like others before them,” he said.

Meanwhile, the chief of the Air Staff, Air Marshal Oladayo Amao, was in Kaduna yesterday to review ongoing operations.

Amao, while addressing the commanders, reminded them of the need to remain steadfast and focused on the task ahead.

“We can’t afford to let down our guards,” he said.

Meanwhile, suspected bandits attacked a patrol team of Nigerian Immigration Officers along the Nigeria-Niger Republic border in Jigawa State which resulted in the death of one officer while two others sustained bullet wounds.

While confirming the incident, the assistant controller general, Immigration in charge of Jigawa state, ACG Ismaila Abba Aliyu, said the incident happened at midnight on Tuesday along Maigatari and Galadi road, less than three kilometres to Niger Republic.

He said the suspected bandits numbering five and riding on two motorcycles opened fire on the patrol team.

“Our gallant officers immediately engaged the bandits in an.exchange of gunfire, and unfortunately one of our officers named Abdullahi Mohammed (CIA) died and two other members of the team sustained serious bullet wounds; they are Abba Musa Kiyawa (DSI) and Zubairu Garba (AII).

Ismail also confirmed that three other officers in the team were unhurt during the shootout.

He narrated that as a result of heavy exchange of gunfire, the bandits fled into the bush and abandoned their two motorcycles and a handset which the troops retrieved from the scene and would be handed over to the police for further investigation.

ACG Ismaila added that he had already visited the scene along with the state commissioner of police, CP Aliyu Sale Tafida.