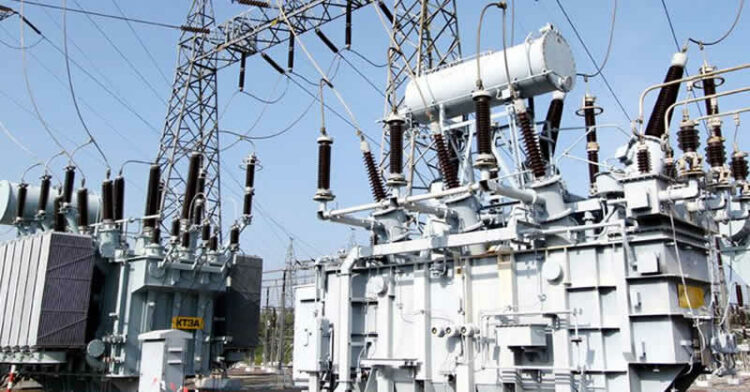 After the national grid suffered the seventh collapse for this year earlier yesterday, Distribution Companies (DisCos) said electricity supply was gradually being restored across the country as the grid began a gradual recovery.

The national electricity grid suffered a fresh system collapse at about 11am yesterday, plunging the country into darkness.

The national grid has now collapsed seven times in 2022, the last incident being in June. It collapsed twice in March and once in April 2022. In July, electricity work

ers switched off the national grid to drive home their point on certain demands.
LEADERSHIP checks from the System Operator’s data showed that at 11am yesterday, no power generation plant was on, on the grid and the generation was zero megawatt.

Further checks showed that the last recorded hourly generation on the national grid was by 11am, when 20 plants generated a combined 3,712.3 megawatts with Shiroro Hydro at 573MW.

Major electricity distribution companies (DisCos), in different notices to customers, said the national grid collapsed at about 11 am.

“The Enugu Electricity Distribution Company Plc (EEDC) wishes to inform her esteemed customers of a system collapse which occurred at 10:51am today (26th September, 2022). This has resulted in the loss of supply currently being experienced across the network,” the statement reads.

“Due to this development, all our interface TCN stations are out of supply, and we are unable to provide service to our customers in Abia, Anambra, Ebonyi, Enugu and Imo states.

“We are on standby awaiting detailed information of the collapse and restoration of supply from the National Control Centre (NCC), Osogbo.”

Benin Electricity Distribution Company Plc (BEDC) also confirmed the development.
“The management of BEDC Electricity Plc (BEDC) regrets to notify its customers within its franchise states of Delta, Edo, Ekiti and Ondo of a system collapse which occurred today (26th September, 2022) at 10:51hrs,” the statement reads.

“As a result of this development, all our feeders are out of supply and this has caused disruption of power supply to our esteemed customers across these coverage areas.

“We plead for your kind understanding over the situation and assure that supply will be normalised in due course immediately the system is restored.”

Also, the Abuja Electricity Distribution Company (AEDC) attributed the power outage within its franchise area to system failure from the national grid.

The company’s management said, “Please be informed that the current power outage is due to system failure from the national grid.

“The system collapsed at about 10.55 a.m. today (Monday), causing the outage. We appeal for your understanding, as all stakeholders are working hard to restore normal power supply,” the statement said
However, the grid was restored at about 12:35pm and has been on a slow recovery since.
As of 7pm yesterday, 14 plants generated a combined 1,907.8 Megawatts with Azura-Edo IPP generating the highest of 394 megawatts.

In a message by Enugu Electricity Distribution Company, EEDC, entitled, “Update on Restoration Of Supply” sent to customers and obtained by LEADERSHIP, it said, “This is to inform you that after the system collapse earlier today, 26th September, 2022, two of our interface TCN Stations at Nibo and Awada received supply at 12.36pm and 12:37pm respectively, with a directive by NCC to maintain only 7MW.”

The information signed by Emeka Ezeh, Head, Corporate, Communications, EEDC, further said, “We are still on standby, hoping that full and normal supply will be restored to all other interface TCN stations.”
On its part, Godwin Idemudia, spokesman of Eko Electricity Distribution Company, EKEDC, said,” We received supply at Agbara station at 14:46hrs. Supply has been restored to Agbara and Akoka. No power to customers yet, just station service.”

TCN confirms grid collapse, restoration
Confirming the grid collapse and subsequent restoration, the Transmission Company of Nigeria (TCN) said that the national grid experienced partial system disturbance at about 10.51am yesterday.
In a signed statement, the TCN said the incident was as a result of sudden drop in system frequency, which created system instability.

The agency asserted that the National Control Centre (NCC) had said a full-scale investigation is being conducted to establish and ascertain the cause of the partial disturbance as this unwholesome event has resulted in aggregated generation loss.