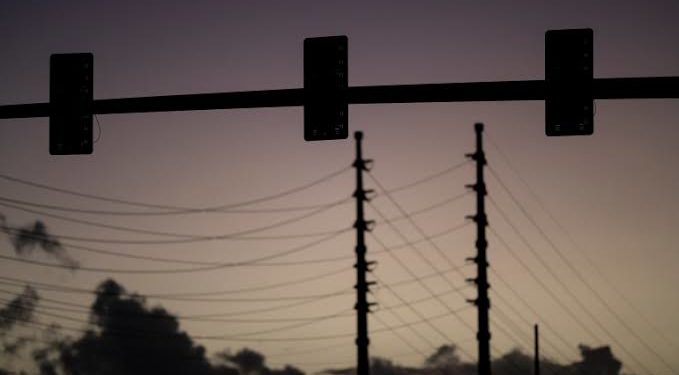 The National grid yesterday suffered another system collapse resulting in blackout in some parts of the country.

Eko Electricity Distribution Company (EKEDC) confirmed the development in a statement to its customers.

The system failure, which is the sixth in the last 7 months, dipped the entire power supply nationwide to 40 mega watts.

This is as energy experts called on the federal government to declare an emergency in the power sector to tackle issues in the sector head on.

Executive director, Networks, Niger Delta Power Holding Company of Nigeria (NDPHC), Ifeoluwa Oyedele, said “it is the right time to declare an emergency in the power sector to to attack some of these problems.”

Oyedele stated this while speaking at the International Power Engineering Exhibition and Conference (IPECON), held in Abuja yesterday.

“Why don’t we have for instance, with respect to that, why don’t we have an emergency situation in the country whereby we can even talk about capital punishment?” Oyedele queried.

He also advocated for a long time master plan for development of electricity sector in the country.

The conference, with the theme: “Nigerian Electricity Power Industry in Crises: Separating ‘Undue’ Politics from Power Market”, was organised by Nigerian Institute of Power Engineers (NIPE), in partnership with Nile University of Nigeria.

The power expert said that the master plan should be broken down to a five-year rolling plan, with practicable and realisable targets for each sector.

According to him, preparation for the master plan should be carried out, in consultation with policy makers and stakeholders in the industry, using international best practices.

“In doing this, we must avoid putting up jamboree and blame games.

”While we carry out the restructuring and preparation for the master plan, we must take practical steps to reduce Aggregate and Commercial Collection losses (ATC&C).

”We need to provide sufficient loops for improved system flexibility and reliability, and there is the need to install real time system operation tools, like Supervisory Control and Data Acquisition (SCADA) and Energy Management System (EMS) .

”We need to improve the reliability of the grid and reduce faults at the distribution ends. This should be carried out within a 12-month period and aligned with the master plan,” he said.

Oyedele, while speaking on privatisation of power sector, said that the process should be revisited without delay.

He said that non-performing actors might need to be supplemented or even removed, to bring in new players with verifiable financial and technical capacities to turn around the distribution end of the value chain.

”This will boost investor’s confidence in attracting the much-needed financing into the sector. We must ensure fairness through a clearly defined and impartial process,” he said.

Oyedele also stressed the need for regulations to be developed to deliver reliable power to the un-served and under-served communities in the urban and peri-urban areas.

According to him, these unplanned developments around each city in the country make up approximately 50 per cent of the urban population, now classified as category D consumers.

“Governments at all levels must take regional and urban planning seriously by enforcing regulations.

Meanwhile, LEADERSHIP reports that the collapse has caused outage in most parts of Lagos.

The collapse, which happened 37 days after the June 13 system failure, dropped power supply to 40 MW

The grid collapsed Wednesday, causing blackout in Lagos and states across the country.

The distribution load profile showed that the national grid collapsed at around 12:23 pm on Wednesday.

Electricity from the generation companies was abysmally low of 40MW against 3,000MW generated previous day.

Allocations to the 10 electricity distribution companies were zero, except 40MW and 10MW to Abuja and Ibadan Discos respectively at 12:23 pm when the incident occurred.

The cause of the system collapse is yet to be ascertained but the Transmission Company of Nigeria (TCN) has commenced investigation.

Efforts to reach Ikeja DisCo did not yielded results.

A message from EKEDC read “Dear Customers, we regret to inform you of a system collapse on the National grid at precisely 11:27a.m today, July 20.

“We are in talks with the Transmission Company of Nigeria to ascertain the cause of the collapse and a possible restoration timeline.

“We will keep you updated on the situation,” the electricity distribution company said.

Speaking earlier at the IPECON meeting, president of NIPE, Israel Abraham, said that the conference was specially designed to be proactive, proficient and involve solution peer-review sections where issues would be dissected and details of the meet-on projected brought to the fore.

Abraham said that the conference was a forum where specialists/technocrats interfaced with stakeholders and other professionals who shared deep passion for creating solutions to electricity industry.

“IPECON, as a conference, is unlike many others across the world, in that its outcomes are immediately taken up for implementation through rigorous advocacy interaction by NIPE with the relevant stakeholders to ensure success,” he said.

On his part, chairman of Conference Planning Committee, Stephen Ogaji, said that the technical sub-committee for the conference had carefully put together a theme and sub-theme for robust engagements.

Ogaji said that the engagements would dwell comprehensively on proffering viable solutions to the question posed by the conference theme.

“To enable mind-gapping from collaborative engagements and draw up viable solution, the technical sub-committees ensured that each of the seven plenary sections were followed by robust discussions on the questions raised by participants,” he said.