NBCC To Engage NPA, Others On Bottlenecks In Export Process 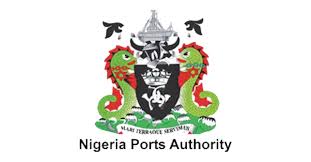 The Nigerian-British Chamber of Commerce (NBCC) said, it will further engage with the Nigerian Ports Authority(NPA), Shippers Council and other relevant authorities to seek solutions to end bottlecks in export process,

Also, the chamber emphasised on the need for the country to diversify its economy away from oil towards the direction of non-oil export trade.

At a media briefing in Lagos, chairman, Advocacy Committee, NBCC, Ms. Anne Rinu, stated that, “while we are appreciative of government’s efforts at encouraging non-oil exports, we believe more can be done in the Nigerian export space.”

According to her, the export of commodities such as crude oil is a major factor behind Nigeria’s economic growth, contributing significantly to the growth of export trade in the country. It has also established Nigeria’s comparative advantage under the mineral fuels section.

“The Observatory of Economic Complexity (OEC) ranked Nigeria as the 49th largest export economy in the world, having exported goods/products worth well above $47.8 billion and imported goods worth $39.5 billion.

“Nigeria, since the 70s has been a mono-cultural economy relying heavily on oil as its major income earner. The implication is that the dynamics of the economy is at the whims and caprices of the price of oil, which for the most part, has been volatile.

The adverse consequences of over-dependency on oil trade heightened the need and call to diversify Nigerian economy away from oil towards the direction of non-oil export trade.”

She noted that, increase of non-oil trade has great potentials to propel the Nigerian economy to its desired growth and development.

Rinu pointed out that the challenges in exportation range from multiple bureaucratic government regulatory agencies; foreign exchange restrictions; inaccessibility to funding/financial institutions, and port infrastructural irregularities, among others.

She noted that, the Chamber seek for reduction of bureaucratic bottlenecks at the export agencies; digitalisation of export services; sensitisation of the exports community on due export processes; narrowing down the steps it takes for businesses to get information about market standards and policy; and creation of uniform standard African policy to consider the standards set by international bodies for exports procedures and exports processes carried out locally.

Rinu further said that, “we intend to further engage with the Nigerian Ports Authority, Shippers Council and other relevant authorities at the second phase of the NBCC Advocacy Roundtable which will be coming up on August 10, 2022.”

She explained that, “this event will address the issues of over-crowding, frequent delays and loss of cargo at the Port amongst others. We believe that the best policies use data-driven and evidence-based methods. As advocacy being one of the Chamber’s cardinal goals, we will continue to offer advice, inputs and partnership on strategies that can facilitate the realization of economic development and growth.”