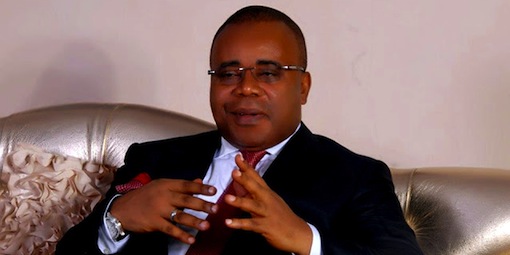 On the heels of the promise made by the new Minister of Niger Delta Affairs, Obong Umana Okon Umana, to “meet the yearnings of the people of the Niger Delta for development,” the South-South Reawakening Group (SSRG) has urged the minister to as a matter of national emergency ensure the quick inauguration of a substantive NDDC board already screened and approved by the Senate in order for the board to hit the ground running.

Umana, who held a brief meeting with staff of the ministry, after his inauguration by President Buhari on Wednesday, also said that “together we can create the necessary impact and make the difference for the people of Nigeria and the Niger Delta.”

There has been unending calls by stakeholders who have consistently demanded that the NDDC Act should be complied with in the governance of the Commission, noting that it is illegal to have contraptions of interim management committees/sole administrator to administer the NDDC and arbitrarily utilise the monthly allocations due to the Commission.

The SSRG expressed confidence that Umana would not disappoint given his background as an astute administrator.

“Indeed, we are extremely excited for this deployment because we can attest to the capacity and competencies of Umana being an astute administrator coupled with the feat he has accomplished when he held sway at the helm of affairs at the Onne Oil and Gas Free Zone,” they said.

The SSRG, however, admonished the Minister to avoid the pitfalls that abound in the Ministry and the NDDC which he is going to supervise, noting that the region has been stagnated in real growth in terms of infrastructural development and human capacity building which goes contrary to the set out objectives.

Currently there is increasing anger against the Federal Government in the Niger Delta region as a result of the very poor, biased, illegal and provocative actions of the Federal Government in the handling of matters concerning the NDDC and the Niger Delta region. Specifically, the NDDC has in the past three years been administered with illegal interim managements/sole administrator contraptions, contrary to the provisions of NDDC Act and negates fair and equitable representation which a board guarantees and which ensures proper governance, accountability, equity and fairness to the nine constituent states.

It is against this background that the Convener of SSRG, Ambakederimo, urged Obong Umana that “going further, we urge the minister to as a matter of national emergency quickly inaugurate the substantive board already screened and approved by the senate in order for the board to hit the ground running.”

A broad assemblage of Niger Delta stakeholders also believe that by ending the ongoing illegality of sole administratorship in NDDC and inaugurating the Commission’s substantive board in compliance with the law, to represent the nine constituent states, it will inevitably ensure proper corporate governance, checks and balances, accountability, transparency, and probity in managing the Commission.