... As stakeholders harp on investment, utilisation of gas 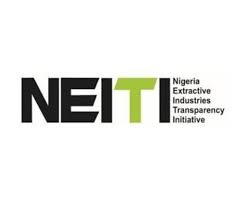 The Nigeria Extractive Industries Transparency Initiative (NEITI) has reiterated its call for transparency and accountability in Nigeria’s energy transition process, as the world transits from the use of fossil fuel to cleaner and sustainable energy.

This is as stakeholders harped on the need to boost investment in gas as the energy transition fuel to meet the massive energy deficit, not just in Nigeria but also in the African continent.

NEITI, in partnership with the Natural Resources Governance Institute (NRGI), and BudgIT Foundation, an indigenous advocacy organization, held a National Dialogue on Energy Transition (NDE) in Nigeria to drive conversation around sustainable transition process for the country.

Speaking at the event in Abuja yesterday, the executive secretary of NEITI, Dr Orji Ogbonnaya Orji, said NEITI believes that Nigeria’s energy transition journey must be driven and strictly guided by credible information and data on the country’s energy security and most importantly, the strategic national interest.

He emphasised that regardless of plans of many developed nations to halt investments in fossil fuels by the end of this year, Nigeria should resist being rushed into a hasty energy transition without a thorough analysis of its comparative advantage and implications on the resources, economy and livelihoods of the citizens.

“Nigeria must prepare a mainstream transparency and accountability mechanism into her energy transition agenda to avoid the pitfalls of her past and present energy sector.

“We have already commenced working with our partners to help citizens and stakeholders gain full insights on the risks and opportunities that are associated with the transition”, he noted.

equitable energy transition in Africa, which based on current geopolitical

She said considering that Africa’s economy, significantly depends on access to energy to drive its agricultural transformation, access

to water, efficient transport and healthcare systems, the current global

discussions around energy transition places a responsibility on Africa to

develop robust plans that will aid the transition towards Net-Zero emissions, to mitigate future impacts of climate change on the continent and reduce the costs of adaptation.

“Africa, with 17 per cent of the global population, accounts for only 3.1 per cent of the over 26,823 terawatt-hours of electricity generated, and 3.3 per cent of the primary energy consumed globally in 2020. “The continent’s average per capita electricity consumption sits at about 600kilowatt hours per year compared with a world average of about 3,200 kilowatt hours. Comparison with the European Union, the United States and China, throws up much stark variations.

The outlook over the 2030 horizon is also grim, with nearly 660mllion Africans estimated to be without electricity, and some 910million not having access to clean cooking systems,” Chinery said,

According to her, Pwith a Gross Domestic Product (GDP) of nearly US$450billion last year, “Nigeria’s cough undoubtedly is Africa’s cold, particularly in the strategy by which Africa effectively and efficiently transitions its energy systems into more sustainable, economically viable alternative sources that support its need.”

Also speaking, the group chief executive officer of the Nigerian National Petroleum Company Limited (NNPCL), Mr Mele Kyari, who was represented by the company’s chief financial officer, Umar Ajiya, said that Nigeria was totally committed to the energy transition agenda and emphasised on equitable options in advancing it so Nigeria is not shortchanged.

“Gas is our transition fuel and we will maximise it and add value through creating job opportunities and reducing poverty and security,” he stated.

Country director BudgIT, Gabriel Okeowo, in his remarks, said that the energy transition agenda was beyond the federal government as it also involves the private sector players and other stakeholders.

“How the plan would help boost the economy, create jobs and advance humanity is what we should discuss so that in the end, it would benefit all and sundry,” he said.