by Innocent Odoh
in Feature
0 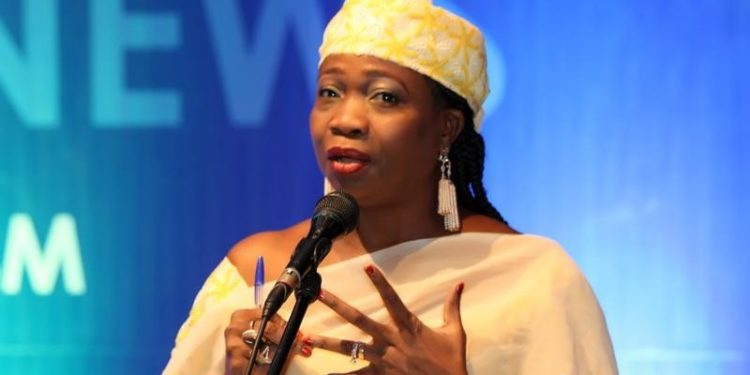 In recent weeks, the ugly resurgence of the killings perpetrated against Nigerians in various countries made headlines again as the dastardly acts were nothing short of inexplicable brutality, hatred and intolerance.

On July 31, a 39-year-old Nigerian man, Alika Ogorchukwu, was beaten to death by an Italian man in Civitanova Marche city, Italy.  Ogorchukwu was a physically-challenged street vendor killed by a mindless Italian using his own clutches over flimsy reasons.

According to a statement by the Nigerian embassy in Italy, the incident occurred on a busy street, in front of shocked onlookers, some of whom made videos of the attack, with little or no attempt to prevent it.

Nigerians may have become accustomed to their citizens being killed abroad in recent years, but the viral video of how Ogorchukwu was hacked, wrestled to the ground and strangled was so repugnant and horrifying and could melt even the stone-hearted.

The Nigerians in Diaspora Commission (NiDCOM) led by its Chairman and CEO Dr. Abike Dabiri-Erewa rose in condemnation of the killing of the Nigerian and disclosed that the suspect in the murder has been arrested by the Italian police and is being prosecuted

The NiDCOM boss also confirmed that the Italian police were working and cooperating with the Nigerian mission in Italy to ensure justice is done and the culprit is made to face the consequences he deserves.

Just days before the killing of Ogorchukwu in Italy, there were reports about the gruesome murder of two young Nigerians, Tosin Amos Arowoshegbe, and Chibueze Momoh, who were shot dead at a Canadian nightclub, while working as guards.

The NiDCOM chairman, said that Canadian authorities have identified a suspect and are working to get to the cause of the unfortunate incident.

Then there was the case of Michael Chima Echefu, who was shot dead by unknown robbers in Johannesburg, South Africa, all within a spate of one month and the situation could get worse.

The NIDCOM chairman urged the South African authorities to see to the logical conclusion of the matter by fishing out those behind the killing of Mr Echefu, so as not to be like the unresolved cases of previous murder of Nigerians in South Africa.

Describing the sad incident, Kazeem Babatunde, Secretary-general of the Nigerian Citizens Association in South Africa (NICASA) said Mr. Echefu, a father of three and a native of Amaigbo, Imo State, was killed in his shop.

“The unfortunate incident happened on Monday 27th June 2022. According to eyewitness accounts, the deceased was shot and killed by a South African robbery gang who robbed him at gunpoint in his shop located at Rissik and Jeppe Street, Johannesburg.

“During the robbery, the deceased was shot twice on the head by one of the members of the robbery gang in his attempt to flee the robbery scene. An investigation into the incident is ongoing and no arrest has been made,” Babatunde said.

In recent times, South Africa has been notorious for attacks against Nigerians following incessant xenophobic attacks on Nigerians in the former Apartheid enclave.

In 2019, Nigeria and South Africa almost came to a diplomatic face-off as Nigeria protested reported attacks against Nigerians. This development led to reprisal attacks against South Africa’s businesses especially in Abuja and Lagos where they were destroyed and looted.

Although the Dabiri-Erewa has assured families of the deceased Nigerians of proper investigation into the matter with the hope of prosecuting those behind the dastard acts, Nigerian experts have tasked the federal government to take tougher action to protect its citizens abroad.

Speaking on the sad development, an international constitutional law expert, Livingstone Wechie, said the continued killing of Nigerians abroad is an “embarrassment to the country”. He however, blamed the developments on the “dwindling clout of Nigeria in the international arena, coupled with the fact that most countries now see Nigerians as economic migrants susceptible to attacks by criminal gangs because of the harsh conditions at home caused by successive years of poor governance.”

He urged the Nigerian government not just to issue statements of condemnation but to rise to the occasion and ensure justice is done and the perpetrators of such heinous crimes are punished accordingly.