by Harry Odey
in Columns
0 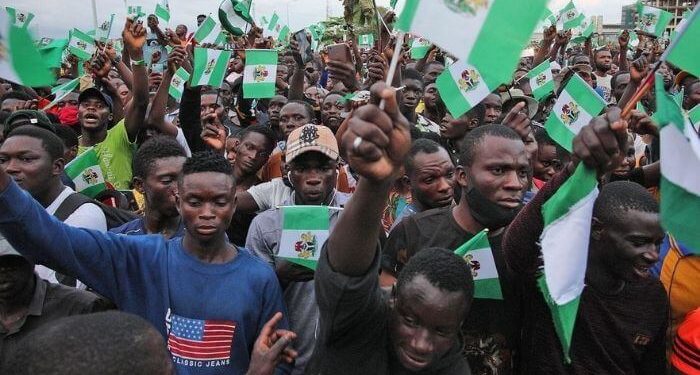 The fable or folklore of Robin Hood that had its origin in 13 th century England, who was an outlaw and was robbing the abbots of food to give to the poor in the Sherwood area of  England, just fits into our understanding of the expectations of political leadership.

The electorate today have created the Nigerian Politicians in the image of Robin Hoods because they are looking for someone who can be their robin hood, expected to go bring money from wherever to give them for their different private needs. They want fish and are not interested in learning to fish. So, the political leaders have had to devise ways of contending with this ‘giving fish’ tendencies, lest they been seen as not performing by their constituents and jeopardizing their future elections.

The responsibility is therefore on the electorate to resist demanding and collecting money from current or aspiring political leadership but instead request of them their plans to create  the environment where they the electorate can thrive in dignity.

WHAT IS THE VALUE OF WHERE A POLITICAL LEADER COMES FROM?

Oftentimes some ideas and practice become ingrained in a peoples’ psyche, as if it always existed and therefore not subject to interrogation and goes on to become tradition, even if it is not serving any purpose anymore, having served a purpose at a time, even if glibly.

This phoney issue of my zone-your zone, our turn-your turn, for political leadership  recruitment at all levels, in my opinion is one such ‘tradition; that must be jettisoned and  buried for good, as it is no longer serving the overall good or interest of our Nation and people.

Interestingly, this idea started by a group, as an excuse to get support for President Olusegun Obasanjo in 1999, on a premise that Chief Moshood Abiola having been denied his victory in the 1992 elections, a candidate from the same South West would assuage the feelings of the SW, as if indeed the lost opportunity of our country, caused by the shenanigans in the military was a loss only to the SW. whereas Chief Abiola was overwhelmingly voted for by all Nigerians.

Firstly, let it be clear that Chief Abiola did not win the 1992 election because he was a South West Candidate, he won on his own record of service and relationships across

Nigeria and even then, President Obasanjo did not win the election because he was a candidate of the South West, because if we recall he lost in the SW in his first election.

He rather won on his record of general acceptance as a person who had a pan Nigeria vision during and after his first stint as military Head of State, and who had suffered some injustice himself but would not go out seeking revenge and work towards galvanizing and unifying Nigerians, as that was considered the major challenge, confronting us as a people, at the time.

Also, we need to ask what benefits the SW enjoyed more than the other zones during the tenure of President Obasanjo or indeed the SS during President Jonathan tenure or presently, the NW under President Buhari.

This idiocy has even filtered down to the states and local governments and thus effectively   denying the citizens the dividends of democracy that could accrue were other more objective criteria of competence and capacity used to determine their choice of recruitment of political leadership.

Some people argue that the continuation of this zoning business is to give zones a sense of belonging as if our ‘imperfect’ constitution does not already provide in section 14, cl 3, 4  and section 14 cl 4 for spread in representation in the political leadership at all times.

Pivoting to present times, does the fact that President Buhari has most of his personal aides from Katsina State, which at the very best approximates to a few new houses in a few communities in Katsina State, approximate to the sense of belonging of all of Katsina State peoples? Come on!

Truth is, the people who really matter in the scheme of things – the average man has never really ‘belonged’ even when the elected leaders have been from their zones or indeed other  zones. The elites, business men and big wigs will always navigate their ways to the table no matter the ‘zone-in-power’

There is no evidence that this my turn-your turn, my zone-your zone has brought any beneficial value to our peoples across all levels of government in any material way or form.

When we ask ourselves ‘who did we offend?’ or ‘na who do us this thing?’, when we complain about our state of affairs, we should each remember that we are ‘the ones doing  ourselves’ as it were. Nobody anywhere ‘is doing us anything na we dey use our hands do ourselves”

This very unhelpful tradition sold to us by people unable or unwilling to compete on competence experience and ability must be ‘extinguished’, ‘deleted’ from our thinking as the electorate indeed are the only ones with the power to do so with their votes when the time comes.

If we want better, then we must start from NOW to focus on the job description and its  alignment with the experience, capacity, competence skills of the candidates and forget  which zone they come from. Zoning ‘no epp any body ooo’!