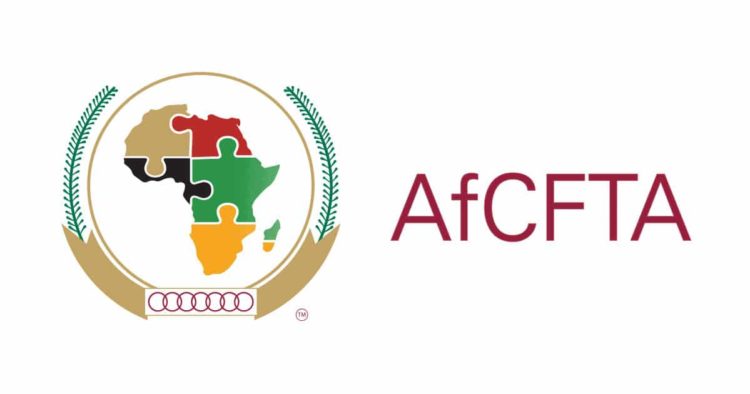 The secretary, National Action Committee (NAC) on African Continental Free Trade Agreement (AfCFTA), Mr. Francis Anatogu, announced that all is set for Nigeria to begin trading activities under the AfCFTA.

Anatogu stated this at the Lagos Chamber of Commerce and Industry’s (LCCI’s) Export Group Symposium in Lagos recently.

It had been reported that  more than one year after the implementation of the trade pact which came into force on January 1st 2021, Nigeria is yet to make the trade agreement operational due to structural challenges, Covid 19 and lack of consensus on trade protocols.

The secretary, however,  said Nigeria must pay attention to trade facilitation, policies, infrastructure, trade information, free movement of people and goods, finance and institutional coordination between the federal government and private sector.

“What we are focusing in 2022 is understanding where the opportunities are and we have already identified areas that are priorities for AfCFTA in terms of products and services. We have also been able to dimesnsion them into arrowheads to help us focus on the short term and frontiers that we can focus on the medium to long term,” he said.

He, however, stated the need to grow the volume of transactions within the country while also supporting and encouraging businesses to take advantage of the African markets.

He also pointed out the need to attract global investment in the country’s bid to take advantage of the AfCFTA.

To him, “at the National Action Committee (NAC), our mission and vision for the AfCFTA is to take 10 per cent of Africa’s import from the world to provide the products and services from Nigeria that are currently being supplied by other countries outside Africa, but we know that for us to achieve that, we need to focus on developing value chain in products and services.”

According to Anatogu, the Nigerian Export Promotion Council (NEPC) export has grown in the past one year, advising that, the next step for Nigeria is to boost its manufacturing presence on the continent.

He noted that, so far, seven countries have started piloting the AfCFTA trade, saying, Nigeria is on the verge to joining, adding that, one of the key elements the country is trying to put in place is the preferential trade process to be able to trade under AfCFTA.

“The Nigerian Customs Service (NCS) has developed this procedure and is being reviewed with the stakeholders with a view to adopting it and publishing it for businesses to start to use,” he added.

Earlier, the president, LCCI, Asiwaju Michael Olawale-Cole, said the AfCFTA launched in 2021, is flagship project of the African Union’s (AU’s) Agenda 2063, a blueprint for attaining inclusive and sustainable development across the continent over the next 50 years.

He said, it aims to boost intra-African trade by providing a comprehensive and mutually beneficial trade agreement among the member states, covering trade in goods and services, investment, intellectual property rights and competition policy.

He highlighted that the Pan-African Payments and Settlement System (PAPSS) is a centralised payment and settlement infrastructure for intra-African trade and commerce payments, stressing that, this project which is being developed in collaboration with the African Export-Import Bank(AFREXIM) will facilitate payments as well as formalise some of the unrecorded trade due to prevalence of informal cross-border trade in Africa.

On her part, chairperson, LCCI, Export Group, Mrs. Bosun Solarin, said the actualization of the benefits of AfCFTA remains elusive ang unachievable without effective distribution channel in which logistics play an indispensable role of bridging the gap between the dreams and realities of AfCFTA.

We Are Open For Forensic Audit On Fuel Supply – NNPC