by Tunde Oguntola and Adegwu John
in News, Politics
0 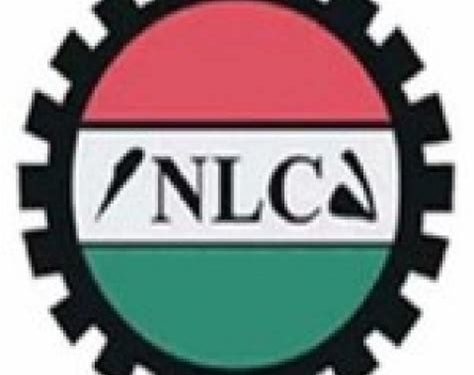 The factional presidential candidate of the Labour Party Mr Jude Ezenwafor was said to have withdrawn from the contest.
Ezenwafor had earlier received an ultimatum from the Ohanaeze Ndigbo Youth Council Worldwide led by Mazi Okwu Nnabuike to withdraw from the contest.

However, NLC national president, Comrade Ayuba Wabba in a statement said both NLC and the Trade Union Congress (TUC) recognise the leadership of the party led by its national chairman, Barr Julius Abure and national secretary, Alhaji Farouk Umaru.

Recall that the party’s faction loyal to Calistus Uju Okafor had on Wednesday conducted a parallel primary election that produced a former Labour Party chairman in Anambra State, Jude Ezenwafor as presidential candidate.

But reacting to the development, Waba said the recruitment of Calistus Okafor to advance their evil plot of distraction should be disregarded by the public.

“The NLC and TUC are aware of only one presidential primary which was held in Asaba, Delta State on 30th May 2022 and produced HE Peter Obi as its presidential candidate and standard bearer.

“The Independent National Electoral Commission (INEC) monitored the presidential primary that produced HE Peter Obi. INEC recognizes only the Labour Party leadership led by the chairman, Barr Julius Abure and the national secretary, Alhaji Farouk Umaru Ibrahim; they are the only Labour Party officials whose details are provided on the INEC website.

“The leadership of the NLC and TUC gave our full support to the processes that produced HE Peter Obi as the presidential candidate of the Labour Party. Nigerians, especially workers, youths and women attended the presidential primary of the Labour Party in their thousands and were thoroughly satisfied with the outcome of the same.
“The recruitment of one Calistus Okafor, a mischievous petty trader, to advance their evil plot of distraction is a new low and should be disregarded by the public,” Waba added.

Ezenwfor in a letter yesterday conveyed to the national leadership of his faction of the party, said he took the decision after consulting his supporters nationwide.
In the letter being circulated online, he thanked the leadership of the Party for giving him the opportunity.

The letter reads in part: “I hereby withdraw from the forthcoming Presidential Election in 2023. After consulting my supporters Nationwide, I decided to withdraw for personal reasons.

“I regret any inconvenience my withdrawal might cost our great Party. I thank the leadership of our great Party for giving me the opportunity to serve Nigeria.”