At the official inauguration of the Nigerian National Petroleum Company Limited into a CAMA company, key industry experts expressed optimism that Nigeria is on the path of realising energy expectations and charts an agenda for the company, writes CHIKA IZUORA 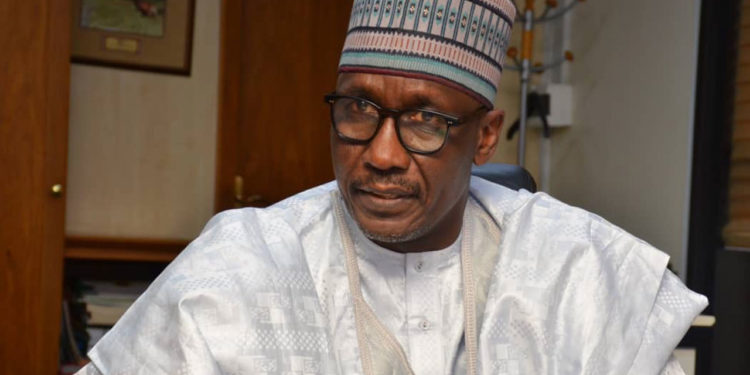 President Buhari at the official unveiling of the new NNPC Limited, was full of optimism that a last the country is moving toward achieving its long expected energy balance to propel sustained economic growth.

The elated Buhari, indeed affirmed that the company would achieve its mandate of ensuring that Nigeria’s national energy security is guaranteed.

The President expressed optimism that the company would also support sustainable growth across other sectors of the economy as it delivers energy to the world.

He said the NNPC Limited will sustainably deliver value to its over 200 million shareholders and the global energy community; operate without relying on government funding and be free from institutional regulations such as the Treasury Single Account (TSA).

“This is a landmark event for the Nigerian oil industry,” Buhari said.

“Our country places a high premium in creating the right atmosphere that supports investment and growth to boost our economy and continue to play an important role in sustaining global energy requirements.

“We are transforming our petroleum industry, to strengthen its capacity and market relevance for the present and future global energy priorities.

“By chance of history, I was privileged to lead the creation of the Nigerian National Petroleum Corporation on the 1st July 1977. Forty-Four (44) years later, I was again privileged to sign the Petroleum Industry Act (PIA) in 2021, heralding the long-awaited reform of our petroleum sector.

“The provisions of PIA 2021, have given the Nigerian petroleum industry a new impetus, with the improved fiscal framework, transparent governance, enhanced regulation and the creation of a commercially-driven and independent National Oil Company that will operate without relying on government funding and free from institutional regulations such as the Treasury Single Account, Public Procurement and Fiscal Responsibility Acts.

“It will, of course, conduct itself under the best international business practice in transparency, governance and commercial viability.

“I, therefore, thank Almighty God for choosing me to consistently play an important role in shaping the destiny of our National Oil Company from the good to the great.”

The President, therefore, assured stakeholders in the industry that Africa’s largest NOC will adhere to its fundamental corporate values of Integrity, Excellence and Sustainability while operating as a commercial, independent and viable NOC at par with its peers around the world.

Minister of State for Petroleum Resources, Timipre Sylva, commented that with the signing of the PIA, which assures international and local oil companies of adequate protection for their investments, the nation’s petroleum industry is no longer rudderless.

“From the onset of this administration, Mr. President never concealed his desire to create a more conducive environment for growth of the oil and gas sector, and addressing legitimate grievances of communities most impacted by extractive industries,” Sylva said.

“We are setting all these woes behind us, and a clear path for the survival and growth of our petroleum industry is now before us.”

He thanked the President for his unparalleled leadership, steadfastness, and unalloyed support for ensuring that the country’s oil and gas industry is on a sound footing.

The Group Chief Executive Officer of NNPC Limited, Mele Kyari, disclosed that the company had adopted a strategic initiative to achieve the mandate of energy security for the country by rolling out a comprehensive expansion plan to grow its fuel retail presence from 547 to over 1500 outlets within the next six months.

He assured stakeholders and the global energy community that the new company was endowed with the “best human resources one can find anywhere in the industry.

“NNPC Limited is positioned to lead Africa’s gradual transition to new energy by deepening natural gas production to create low carbon activities and positively change the story of energy poverty at home and around the world.”

The transformation of the NNPC, Limited into a fully commercialized entity apart from what Mr. President stated indeed elicited so much reactions from key stakeholders both within and outside the country.

To many, the Federal Government has taken the bold step to fast-track development that will bring Nigeria back to the top of African oil production levels.

This transition in the opinion of experts will create a significant departure from the company’s previous operations, whereby major decisions had to be made based on the Federal Executive Council approval, thus exalting NNPC Limited with higher expectations around regulatory compliance, active engagement with stakeholders, and perhaps most significantly, accountability.

According to Comrade Brown Ogbeifun, former President of the Petroleum and Natural Gas Senior Staff Association of Nigeria (PENGASSAN), the journey of the NNPC to a private sector commercial entity commenced with the passage of the Petroleum Industry Act, PIA in 2021. It subsequently got incorporated with the Corporate Affairs Commission (CAC) with a floated initial capital of N200 billion on September 21, 2021. By all standards, that remains the highest share capital in Nigeria.

With the above steps, the Nigerian National Petroleum Company Limited transformed into a legally regulated Companies and Allied Matters Act (CAMA) entity on July 1, 2022. All these were done to align and conform with the provisions of Section 53(1) of the Petroleum Industry Act 2021

Ogbeifun, an Accredited Mediator of the Centre for Effective Dispute Resolution-UK, who had served as a Committee member on Socio-Economic Impact of Downstream Deregulation in Nigeria and the Privatization of NNPC Downstream Sector, explained that what it now translates to is that NNPC Ltd has now been created as a private sector and commercial mindset entity for optimum productivity and profitability, improved its transparency and accountability profile, and emplace better collaborations and coordination between the NNPC, Limited and the Federal Internal Revenue Services, Nigerian Extractive Industry Transparency Initiative (NEITI), Central Bank of Nigeria (CBN), Ministry of Finance, Nigerian Upstream Petroleum Regulatory Commission, the Ministry of Petroleum Resources NUPRC) ‘The Commission,’ Nigerian Midstream and Downstream Petroleum Regulatory Authority NMDPRA, ‘The Authority,’ etc.

Besides, Ogbeifun said, that a well-managed NNPC as a private concern would generate more taxes into the Federal Government coffers. The certainty of a legal framework assures investors of legal protection from the hitherto used rule of thumb, thereby boosting investor confidence and spurring them to invest in an oil and gas industry that would emerge as a hub for petroleum investments in the continent.

Furthermore, the PIA empowers the NNPC to determine and keep viable assets and do away with identified toxic assets, focusing on gas investments. The frontier exploration for more oil and gas reserves shall be enhanced and would be free to determine entrance and exit into new investments. It shall also have the power to raise funds from the capital market to fund its operations.

However, he advised that the NNPC should make bold its Major Turnaround Maintenance (TAM) in decades so that it shall produce and sell its products under a deregulated regime. That would save forex from importation for Nigeria, generate employment and become a major player in the oil and gas value chain.

On its part, the Independent Petroleum Marketers Association of Nigeria (IPMAN) applauded the unveiling of the new Nigerian National Petroleum Company (NNPC) Ltd.

Mr Chinedu Okoronkwo, President, IPMAN, tasked the NNPC Ltd to be competitive and efficient in its operations going forward in order to achieve the aim of the transition and for the benefit of the nation.

Okoronkwo described the move as a good omen because it would open up both the downstream and upstream sectors of the industry.

“The company is now going to be making profit which ultimately will be a game changer for our economic situation.

“I believe that they will be here to do business like any other oil company and compete because competition will always bring out the best of any situation,” Okoronkwo said.

He said the transition of the NNPC and the coming on stream of the Dangote Petroleum Refinery would play significant roles in shaping Nigeria’s energy future.

Okoronkwo reiterated that IPMAN would continue to support policies initiated by the government to improve the oil and gas sector of the economy.

Outside the country, the African Energy Chamber (AEC), said that with the transformation of the NNPC, the Federal Government is set fast-track development that will bring Nigeria back to the top of African oil production levels.

The AEC, said it fully supports the transformation of NNPC Limited and its official transition to a private entity, thus initiating a monumental shift in active engagement, accountability and value that is expected to reshape Nigeria’s petroleum industry, while simultaneously acting as a model for other National Oil Companies on the continent.

“This is the beginning of something new. Mele Kolo Kyari and his team have done an amazing job towards this implementation.  The strategic importance of this transition will allow Nigeria’s petroleum industry to uphold the highest levels of professionalism and innovation while allowing the company to operate in strategic engagements globally,” said NJ Ayuk, Executive Chairman of the AEC, adding, “Rather than rushing into the elimination of oil and gas, NNPC and Nigeria will now be able to more nimbly, transparently, and efficiently take advantage of its hydrocarbons and natural resources to bring more value and wealth to the country and its people.”

The creation of the NNPC Limited follows a decrease in crude oil production in 2022 compared to the same six-month period in 2020 and 2021 and is expected to place greater emphasis on corporate governance and operational excellence – fast-tracking development and bringing Nigeria back to the top of African oil production levels.

In order to achieve these goals, four committees have been established to provide oversight of the entity’s functions of planning and implementation and define a framework for monitoring the company’s performance.

The launch of NNPC Limited, which allows the company to become listed on the stock exchange with the sales of its shares now available to the public, positions the company on the same operational level as other successful state-owned petroleum corporations, such as Brazil’s Petrobas and Saudi Arabia’s Aramco.

7 Incredible Health Benefits Of Strawberries And Why You Should Eat More... Click Here For Details
Tags: NNPC
SendShareTweetShare
Previous Post