Nollywood To Collaborate With EFCC In Fight Against Corruption

by Our Correspondent
in News
Reading Time: 3 mins read 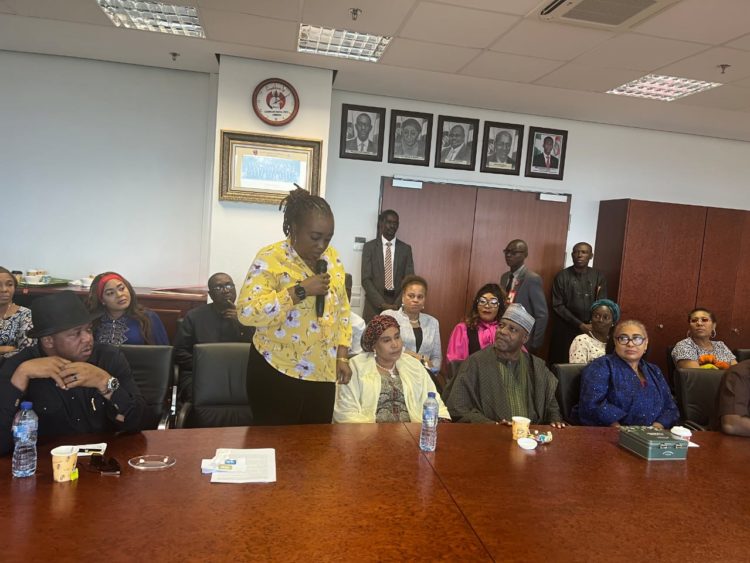 The Nigerian movie industry, popularly known as Nollywood, is set to collaborate with the Economic and Financial Crimes Commission(EFCC) in the fight against corruption.

A delegation of relevant guilds and seasoned filmmakers drawn from across the country stated this during a courtesy call to the Executive Chairman of EFCC, Abdulrasheed Bawa, on Thursday in Abuja.

The team was led to the commission by Alh.Adedayo Thomas, Executive Director/CEO, National Film and Video Censors Board (NFCVB), regulators of Nigerian film industry. 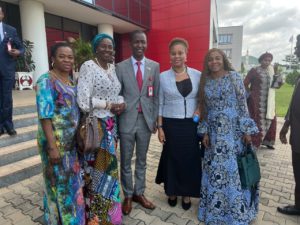 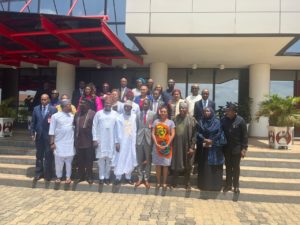 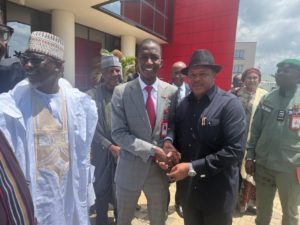 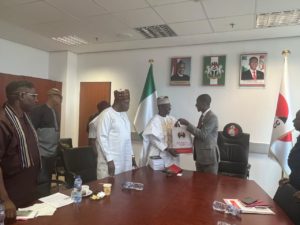 In his speech, Thomas said the meeting was conceived to strategize on how filmmakers can collaborate with the EFCC and make movies that will publicized its activities in combating financial crimes.

He said: “This meeting was well thought out by stakeholders after they observed the Chaiman’s commitment, passion and professionalism in the fight against financial crimes in the country.

“Therefore, when they approached me with the idea, I did not have to think twice to embrace it.

“I have no doubt in my mind that the entertainment landscape will never remain the same after this parley with the stakeholders.

“I am already envisaging harder times for operators in the film industry who engage in financial crimes as the youngest and ‘numero uno’ crime fighter is about to entertain our plight.

“The board is very confident that this parley will strategize on how filmmakers can collaborate with the EFCC and make movies that will try to publicize its efforts in combating financial crimes in the country.”

Mr Victor Okhai, President, Directors Guild of Nigeria (DGN) said: “ We are here to build that perception that EFCC is watching everyone.

“We therefore seek to support the work you are doing using the motion picture as a veritable tool and we want you to be very intentional in this partnership with Nollywood.”

Also, Makama Mu’azu, a filmmaker and Ex-president ofMotion Pictures Practitioners Association of Nigeria(MOPPAN) said: “ Nollywood is blessed with talents and capacity as its work is in Ibo, Yoruba and Hausa, among others.

“My request is that you partner with us to showcase the work you do in other to change the country for good, as it is done with the film industry in other climes.”

In his remark, EFCC Chairman thanks the actors and filmmakers for their genuine interest to identify with the commission in its fight against economic and financial crimes in all its forms.

He said that Nollywood was playing a leading role in the continent’s motion picture industry, especially in job creation, and therefore expressed readiness towards forming a common front with stakeholders in the industry.

“ Nollywood has succeeded in employing Nigerians and taken our stories beyond the shores of Africa, so can we work together.

“We can have a memorandum of understanding with relevant guilds and produce films towards portraying our country, and not just the EFCC, in good light,” he said.

The EFCC helmsman however urged Nollywood filmmakers to deliberately shun stories that portray the country and its people in bad light before the global community.

Others are Saidu Balogun, Kosoko Adesola, Ahmad Sarari, Makama Mu’azu and Agatha Amata the CEO of Inside Out Media Limited, as well as the management team of the NFVCB.