by Hussaini Jirgi
in Politics, News
0 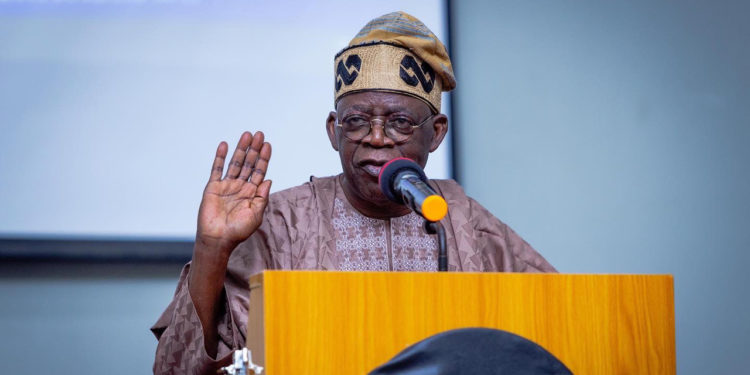 The chairman of the All Progressives Congress (APC) Yobe State, Hon Mohammed Gadaka, has declared that the North East will deliver maximum votes to Asiwaju Bola Ahmed Tinubu in the 2023 presidential election.

He said the challenges facing Nigeria transcend division along religious and ethnic lines, adding that there was a need for the country to have people who know their onions at the helm of affairs.

He debunked speculation of a cold war between Christians and Muslims in the North East, describing such claims as malicious and unfounded.
“We are one family, I will remember when Dogara was a speaker. He has done alot to his constituency without any religious, tribalism and political difference.”
According to him, APC stands a better chance to win the 2023 election despite the controversy trailing the Muslim-Muslim ticket. Gadaka said, “Let’s understand how to move ourselves to the prosperity that is imminent for this country and who is the best person that Nigeria needs at this time, despite religious matters.
He said Asiwaju is the best person to move the country forward because “he has the capacity and tenacity, and I think sometimes we need to test some hypotheses and the opportunity to test these hypotheses is there.

“My position about religion has been made known on different platforms and I think religion should leave public space and go back to where it belongs, to the homes and religious centres. I’m very sure Tinibu will carry everyone along.

“Unfortunately, some people obviously ignorant of the cordial relationship between Christians and Muslims tried to spread false news about them, especially using social media,” he said.