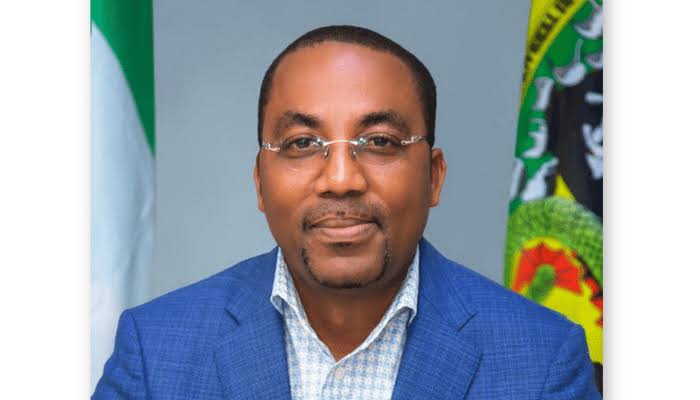 The Nigerian Ports Authority (NPA) emerged champions of the 12th Maritime Cup following a 1-0 defeat of the Nigerian Navy in the final match at the weekend.

This is the second time the NPA team would lift the Maritime Cup having first won the trophy in 2018.

only goal of the match was scored in the 10th minute of the first half by NPA’s top striker,

Charles Shadrack scored the only goal in the 10th minute of the epic final match played at the Union Bank Sports Complex in Surulere, Lagos and watched by a mammoth crowd including representatives of the management of both teams.

Earlier, ENL Consortium defeated Josepdam Ports Services 3-1 at the same venue to win the third place match of the tournament.

The Nigerian Navy’s Admiralty FC won all their three group matches against Customs (1-0), ENL Consortium (2-0) and Higher Pacific International, HPI (2-0) to sit atop Group B with nine points. The team did not concede any goal at the group stage. The team later defeated 2019 runners-up Josepdam Port Services 6-4 through penalty kicks to set up the final match against NPA.

The CEO of Ships & Ports and Chief Host of the Maritime Cup, Dr. Bolaji Akinola, expressed satisfaction with the tournament, saying a total of N2 million were won as prizes by the winning teams and players.

Akinola said the winner of the trophy smiled home with N1 Million while the silver and bronze medal winners got N500,000 and N300,000 respectively. He said the Most Valuable Player, Augustine Chibuzor and the Best Goalkeeper, Ayetoba Iseoluwa – both of the Nigerian Navy, as well as Josepdam Port Services, which won the Fair Play award also got cash prizes.