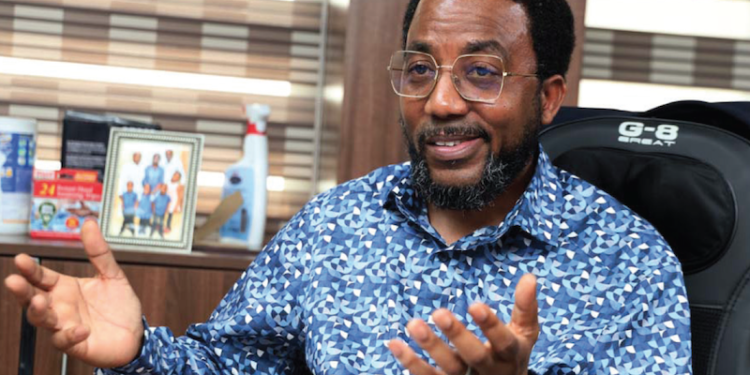 The managing director, Nigerian Ports Authority (NPA), Mohammed Bello-Koko, on Saturday, said the authority is ready to give tariff reliefs to importers for them to patronise Calabar Port.

He disclosed this during his visit to the palace of the Obong of Calabar, Edidem Ekpo Okon Abasi Otu V, while on a maiden visit to the Calabar Port, Cross River State.

According to Bello-Koko, importers patronising other neighboring ports due to the challenges faced by the Calabar Port must be brought back, even as he disclosed that Calabar Port has come back to live as a vessel berthed at Ecomarine terminal where it discharged over 200 trucks and equipment.

He stated that a pilot cutter was commissioned even as he said tug boats and other marine equipment that were hitterto absent in the port will soon arrive the port.

“We are ready to give tariff reliefs to ensure that porters bring in more cargoes into Calabar Port because the more cargoes we have in Calabar, Delta and Warri Port, the less congestion in other ports and more economic activities at the Calabar Port.

“We know one of the problems of Calabar Port is dredging which has created draft limitations. The essence is to ensure we dredge the channel because it has become hinderance to economic activities.

“We will priortise the rehabilitation of the ports especially Eastern port. We have told the terminal operators that they should market the terminal, they should go to importers to use the port. So that they won’t go to Cameroon anymore,” he said.

The NPA boss also appealed to the Obong on need to prevail on his subjects especially those at the riverine areas on need to stop vandalising navigational buoys.

According to him, the navigational buoys are removed from the water and used as scrap metals, something she said is inimical to vessel safety.

“We should speak to the communities to stop removing navigational buoys. They are national assets and needed aides that if they are absent, vessels will stop calling at the Calabar Port. The buoys are removed and used as scraps,” he said.

Responding, the Obong said that the waterways had been their highway, expressway and their forefathers had been taking care of it.

“Unfortunately, activities there was killed and everything died in Calabar. We have been crying for sometime and we believe that the game changer as he is being called will make the change for us.

“I appeal that this should not be political but critical. Do something, take the other way round to ensure that things work well for us,’’ he said.

However, the Ecomarine MD, Adedayo Balogun, lamented that shipping lines pay more to bring vessels to Calabar than to call at other neighboring ports.

He said: “the liners are asking for ridiculous concession. For them, it cost more to take their vessel to Calabar than to take it to sister ports because of the challenges of draft. So, what we do is to attract them with a very low tariff. You will be surprised that the tariff we operate was the tariff approved by NPA since 2007”.

Balogun said NPA should increase the rebate to shipping line to about 30 per cent so as to attract them.

To him, “the 10 per cent rebate is grossly inadequate, the port was giving 30 per cent rebate before the concession, and the challenges that made them introduce the rebate are still there.”