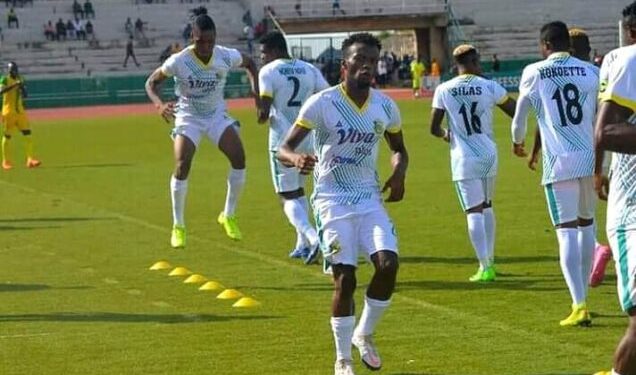 The body governing the Nigeria Professional Football League, League Management Company(LMC) have granted Kano Pillars F.C request to return to the Sani Abacha Stadium in Kano, following the Minister Of Sports order banning the use of MKO Abiola Stadium by NPFL teams to host matches.

Recall,Kano Pillars hawwwve been staging their home league matches at the stadium for more than a month now as part of punishments issued to the club following crowd violence that marred their matchday 30 home game against Katsina United last month.

But the Minister of Sports and Youth Development, Hon. Sunday Dare issued an order on Monday forbidding NPFL from hosting matches at MKO Abiola Stadium following a complaint by Super Eagles Head Coach, Jose Peseiro about the poor state of the playing pitch.

The minister’s order stated that the stadium will henceforth be solely used for matches pertaining to the national teams.

In a letter addressed to the Chairman of Kano Pillars on Monday, 10th June, 2022 and sighted by LEADERSHIP Weekend, it granted the club permission to go back to its home ground with matches being played behind closed doors, and under strict security.

The letter reads; “Your letter of 7th June 2022 on the above refers in which you requested for special authorization for relocation of home matches of Kano Pillars back to Kano in view of the closure of the MKO Abiola National Stadium Abuja.

We also acknowledge letter of Security Assurance from the Nigeria Police Force, Kano State command giving guarantee for security before, during, and after matches.

In view of the extenuating circumstances where there are no available Stadia to be used by your Club within your geographical zone, provisional permission is hereby granted for you to return to Sani Abacha Stadium Kano but STRICTLY UNDER CLOSED DOORS.

This means that only accredited persons are allowed to access the stadium during matches.

For clarity, 35 persons per Club -home and away, and 25 persons for the home FA with a maximum of 10 accredited media personnel. LMC accredited delegates will have access to the matches to monitor compliance.

All other stakeholders ARE NOT ALLOWED except with the strict prior approval/accreditation of the LMC.

We will use the matchday 33 game Kano Pillars v Wiki Tourists as a test to determine the effectiveness of your arrangements.

Kindly note above for full compliance.”