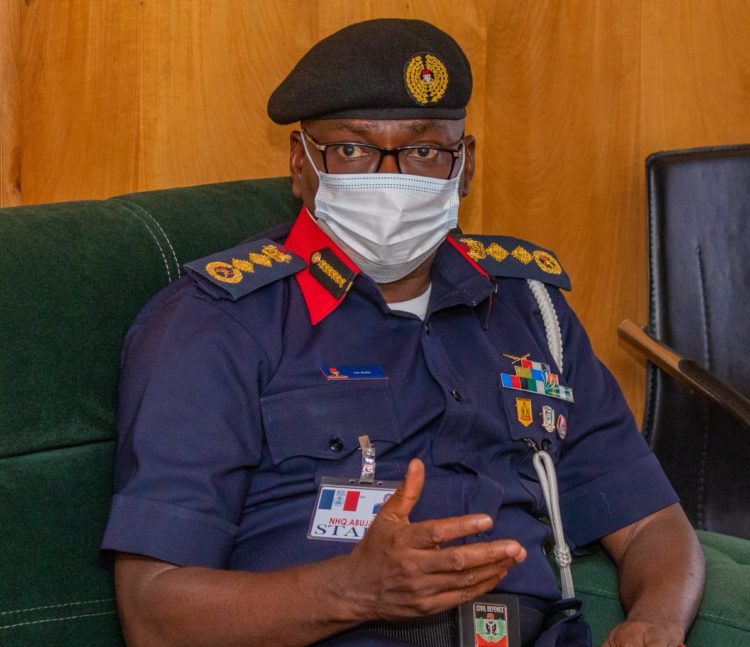 Barely two weeks after it disbanded  its anti-vandal units over allegations of officers’ involvement in illegal oil bunkering, the Nigerian Security and Civil Defence Corps (NSCDC) has reconstituted the unit in the various states of the federation.

This followed the strategic decision of the top management team of the corps to rejig its anti-vandalism operations nationwide and curb the scourge of huge national  revenue   loss to oil thieves sabotaging the country’s economy.

Satisfied with their performance nationwide, the corps commandant- general, Dr Ahmed Abubakar Audi, has commended state commandants across the federation for their timely reconstitution of the new squads to wage war against vandals and oil thieves.

Dr Audi, in a statement signed by the corps spokesman and director of public relations, DCC Olusola Odumosu,  said the dissolution and subsequent reconstitution of the anti-vandal unit nationwide was necessary to reposition the corps for effective implementation of its statutory mandate of safeguarding national assets especially petroleum pipelines and other oil installations.

It is also aimed at putting a stop to all forms of sabotage in the oil sector through arrests and diligent prosecution of oil thieves, their sponsors and all those dealing illegally in petroleum products.

He said; “The reconstitution of the reformed anti-vandal unit with fresh bloods who has new zeal for success is central and germain to our core mandates. The nation is loosing a lot of revenues to illegal oil merchants and this has a debilitating effect on the economy. You have carried out the minister of interior’s directive to reconstitute the unit nationwide without delay.

“I commend your swift and timely compliance which has closed all perceived gaps and loopholes that may have been created in the fight against theft and illegal oil bunkering across board. I therefore charge you to remain firm, focused and fierce with the enemies of the nation who has vowed to continue sabotaging our economy”.

The CG ordered state commandants to deploy all machineries both on land and in the waterways to carry out massive arrests and possible prosecution of oil thieves.

“I have distributed the newly acquired gunboats to you for the purpose of waging war against our enemies of our commonwealth.

There is no excuse for failure anymore, I want to see you put a stop to revenue loss through illegal oil activities in the nation”, Audi charged.

He assured that NSCDC as the lead agency in the protection of critical national assets and infrastructure would continue its scientific synergy with other security agencies.