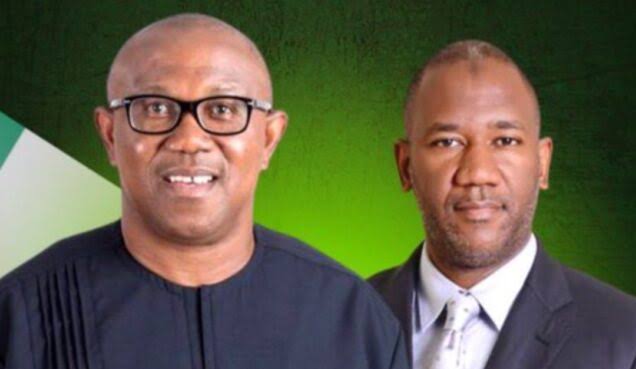 The Obident movement yesterday said the Labour Party presidential candidate Peter Obi and his running mate Datti-Baba Ahmed is a pan Nigerian project and not sectional.

The movement through, a statement from the Obi-Datti media office, stressing that they are set to rescue Nigeria.

The statement was reacting to a claim by a clergyman who claimed that a person of ethnic Igbo cannot be President of Nigeria unless all ethnic nationalities go their own way.

The movement in the release made available to LEADERSHIP also said the APC vice presidential candidate, Kashim Shettima, had also said something  similar that Obi can only be president of Igbo ethnicity.

“But the media office is here to educate all people in this school of thought that Peter Obi is not an Igbo candidate but a Pan Nigeria candidate on a divine mission to reset Nigeria.

“The mission of the Obident political movement is therefore to destroy all the existing primordial reasonings that have been holding us down and reposition the country for true greatness.

“Obi is not aspiring to be President of Nigeria in the old order where tribe and religion are abused and manipulated  for selfish purposes by few individuals to hold Nigeria down.

“Nigerian youths who are at the forefront across all ethnic and religious divide projecting Obi-Datti candidacy  have been victims of this obnoxious system and decided this time to put an end to it by taking their destiny in their own hands.

“The Obident Movement is not a Yoruba, Igbo, Fulani or any ethnic group or Christian or Muslim project, it’s Nigerian people driven deciding that enough is enough. Please remain Obident and focused for a new Nigeria,” the statement said.