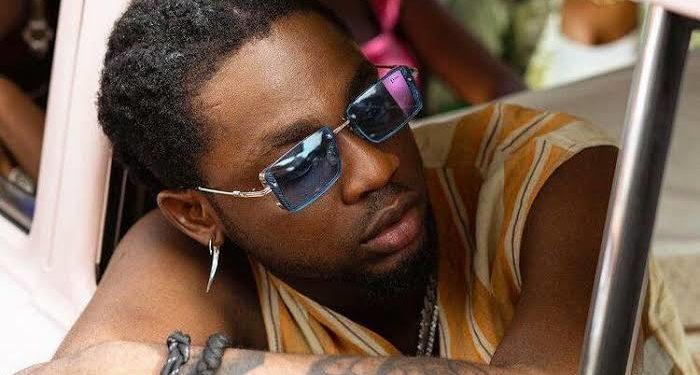 Omah Lay has finally announced the release date for his debut album Boy Alone. The album, set to be released on July 15, is the artists third project, after the phenomenal feat of releasing two successful EP’s — Get Layd and What Have We Done in 2020.

In a video shared across his socials, Omah Lay is stationed in the middle of a purple background surrounded by people who begin to walk away until he is left alone in line with the album title, Boy Alone.

The relevance of albums and projects in general to any artist worth their salt cannot be overstated. Albums are important in helping artists create artistic statements that are long-lasting and erase any doubts about their artistic capabilities.

According to Omah Lay, Boy Alone was his father’s name, and a loose metaphor for a one who is unmatched.

Many fans are geared up for Omah Lays latest release and it appears he’s just as excited to put out his latest body of work. A few days ago, he took to his Twitter page to vent about wanting his album out as soon as possible, implying that he couldn’t wait to share what he’d created with his fans.

Boy Alone was originally set to drop on June 24, before the announcement of the new date, July 15.

It was also rumored that Burna Boy, who allegedly featured on the album, was dropped on the basis of the assault allegations trailing him. The rumors, fueled by a now-deleted Instagram story chat between Omah Lay and his fans were debunked by the artists team who claimed the conversation was just for fun.

Going by the accompanying message to the announcement and the album title, this project appears to present the artist as his most vulnerable self.

Omah Lay who already has a reputation for being as genuine as they come and pouring his emotions into his music seems to be yearning to express himself on a deeper level. The artist, who is no stranger to delivering hits is sure to deliver an album of bangers and we can’t wait to listen to his latest project.