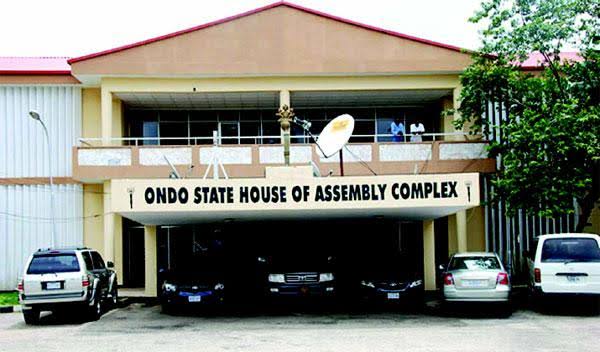 The Ondo State House of Assembly has declared the seats of two lawmakers vacant over alleged anti-party activities.

The lawmakers, affected by the decision of the Assembly are the only female member of the House, Hon. Favour Towomewo, and Hon. Success Torhukerhijo.

LEADERSHIP reports that Section 109 of the 1999 Constitution (as amended) which borders on the removal of a member of a legislative House does not prescribe “anti-party activities” as one of such reasons for vacating a legislative seat.

According to the House of Assembly, their suspension was the sequel to letters written from the ward level of the two lawmakers.

It was gathered that the two lawmakers were accused by the ruling All Progressives Congress (APC) of anti-party activities.

The Speaker, Bamidele Oleyelogun, who read the letters through the Clerk of the House, Mr Taye Benjamin, consequently declared their seats vacant and ordered that a notification letter be forwarded to the Independent Electoral Commission (INEC).