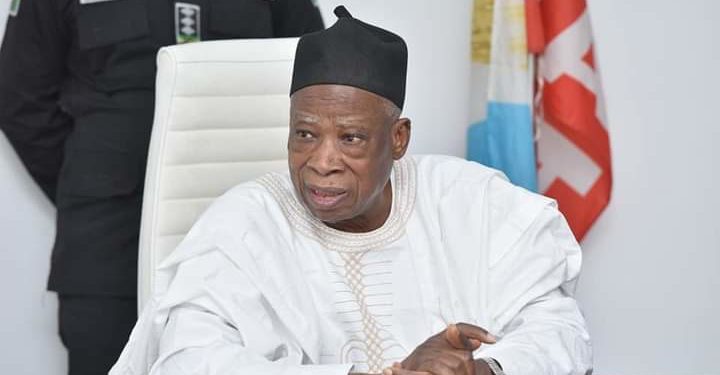 National chairman of the All Progressives Congress (APC), Senator Abdullahi Adamu, has said all the achievements of the President Muhammadu Buhari administration are being downplayed at the grassroots by the propaganda of the opposition.

Speaking when he received the leadership of APC Professionals’ Forum led by its chairman and former Bauchi governor, Isa Yuguda, at the party’s national secretariat, Adamu lamented that the APC is being criticised regardless of the good work of the Buhari administration.

According to him, the party, especially at the grassroots level, is driven by a preponderant uneducated mass of followership who he said are vulnerable to opposition manipulation.

Noting that he is not averse to criticisms, Adamu urged those castigating at the governing party to be factual in the their criticism ahead of the 2023 general election

He sought the support of the APC Professional Forum in selling the programmes and achievements of the APC at the grassroots level where he said the party is not enjoying positive publicity, even as he advocates for the emergence of the culture of enlightened followership especially at the grassroots.

Adamu also disclosed that the party would soon organise a national conference before the opening of the campaign.

He noted: “One thing we want you to pay attention to to see how you can be of help is the activity of the party at the grassroots. It is very critical. It is driven by those who are uneducated thus the leadership at that level is very vulnerable.

“We need to imbibe the culture of an enlightened membership driven by knowledge. We don’t have to all be graduates or diploma holders but an enlightened mind is an open mind.

“We know that all over the world,the opposition is seen as the underdog and so there is apparent sympathy for them. I have no quarrel with this. Go and sympathize with them but call a spade a spade. Don’t give a dog a bad name in order to hang it. This is what we are experiencing.”

He listed the milestones the administration has attained to include the improved infrastructure but regretted that the achievements are not given positive mention.

“All the good things that have happened in this administration have not received the kind of publicity it deserves. See the social programs that this government is having for teachers, for farmers, for market women. The school feeding program. These are critical programs that have not been undertaken by the PDP for the 16 years they were in government.

“We are doing it but nobody praises the government for it. All that we get is criticism. If we get ourselves involved in positive reporting of what is happening, the electorates will know the difference. They will know what is the truth”

Yuguda had earlier said the forum was willing to play some roles in the coming presidential campaign of the party and asked for inclusion.