Amidst the raging controversies surrounding the arrest of Nigeria’s Senator Ike Ekweremadu, and his wife, Beatrice Nwanneka, in the United Kingdom over allegations of conspiracy to harvest the kidney of a 15-year-old, ROYAL IBEH spoke with stakeholders on the law, regarding the terms of ‘kidney donation, and its implications. 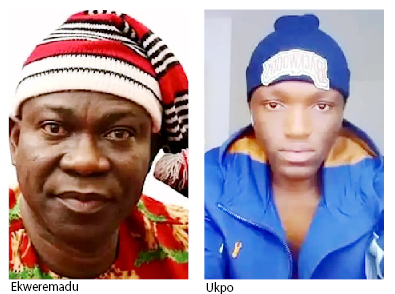 Last week, the arrest of Senator Ike Ekweremadu, and his wife, Beatrice Nwanneka Ekweremadu, for conspiring to bring a child to the United Kingdom (UK) for kidney organ harvesting generated a lot of controversies in Nigeria, the UK and beyond.

The Metropolitan Police arrested the Ekweremadu’s and charged them before Uxbridge Magistrates Court last week for allegations related to modern day slavery and organ harvesting.

Prosecutors claim that David Ukpo, who alleged that he was coerced to the UK to donate his kidney to the senator’s daughter, is 15 years old.

Facts emerged that the Ekweremadus transported the young boy to the UK as a kidney donor for their daughter, Sonia, who needs a transplant.

The couple was arraigned on Thursday where they pleaded not guilty to the charges which Magistrate Lois Sheard termed “serious allegations,” but were denied bail and remanded till July 7, 2022.

Reports say the kidney of the donor did not match that of Ekweremadu’s child and the donor was scheduled to return to Nigeria but the individual refused to return and instead, reported to the UK police to seek asylum, a situation which warranted the arrest of the lawmaker and his wife.

The couple were remanded in custody ahead of their hearing next month, while the ‘child’ at the centre of the storm has been safeguarded even as the Metropolitan police continue working closely with partner agencies to get to the root of the matter.

Organ harvesting is essentially ‘killing on demand’, which is the selling and transplanting of the organs of victims.

According to the World Health Organisation (WHO), illegal organ trade occurs when organs are removed from the body for the purpose of commercial transactions.

Despite ordinances against organ sales, this practice persists, with studies estimating that anywhere from 5% to 42% of transplanted organs are illicitly purchased.

Research indicates that illegal organ trade is on the rise, with a recent report by Global Financial Integrity estimating that the illegal organ trade generates profits between $600 million and $1.2 billion per year, with a span over many countries.

Although the procedure of organ transplantation has become widely accepted, there are still a number of ethical debates around related issues.

There is a shortage of organs available for donation with many patients waiting on the transplant list for a donation match.

Globally, 20 patients die each day waiting for an organ on the transplant list. When an organ donor does arise, the transplant governing bodies must determine who receives the organ. The UNOS computer matching system finds a match for the organ based on a number of factors including blood type and other immune factors, size of the organ, medical urgency of the recipient, distance between donor and recipient, and time the recipient has been waiting on the waitlist.

While investigations are ongoing, LEADERSHIP correspondent spoke with stakeholders to find out what the law says regarding kidney harvesting and kidney donation.

The chairman of Public Health Sustainable Advocacy Initiative (PHSAI), Ayo Adebusoye told LEADERSHIP that in 2015, the Nigerian government passed into law, the Trafficking in Persons Prohibition, Enforcement and Administrative Act, which deals on the issue of human trafficking.

He said, “For instance, Section 20, specifically deals with the recruitment of persons for organ harvesting.”

According to him, the law states that any person who through force, deception, threat, debt bondage or any form of coercion, abuses a position of power or situation of dominance or authority arising from a given circumstance or abuses a vulnerable situation or through the giving or receiving of payments or benefits in order to induce or obtain the consent of a person directly or through another person who has control over him enlists, transport delivers, accommodates or takes in another person for the purpose of removing the person’s organs, commits an offence and is liable on conviction to imprisonment for a term of not less than seven years and a fine of not less than N5,000,000.00.

“Section 20 (2) of the law states that, without prejudice to the provisions of subsection (1) of this section, a person who procures or offers a person, assists or is involved in any way in the removal of human organs or buying and selling of human organs, commits an offence and is liable on conviction imprisonment for a term of not less than seven years and to a fine of not less than N 5,000,000.

“Section 20 (3) also states that any person who enlists, transports, delivers, accommodates or takes in another person under the age of 18 years for the purpose of removing the person’s organs, commits an offence and is liable of conviction to imprisonment for a term of not less than seven years and a fine of not less than N5,000,000.00.”

From all indications, the barrister said the law clearly stated that human harvesting is an offence that is punishable by the National Trafficking in Persons Prohibition, Enforcement and Administrative Act, even though enforcement has been a major challenge in Nigeria.

He disclosed that the Lagos state government recently did a public hearing on a bill to regulate human organs harvesting and transplantation in the state, with a view to fully regulate and strictly enforce human organ trafficking in the state.

“The Lagos state House of Assembly, recently did a public hearing on a bill to regulate human organs harvesting and transplantation. The whole point of it was to strictly regulate organ trafficking in the state, which is now a huge market in Nigeria,” he added.

Meanwhile, the director-general, National Agency for the Prohibition of Trafficking in Persons (NAPTIP), Fatima Waziri-Azi, while condemning the act of trafficking in persons, noted that every year, thousands of people travel across the world in search of a better life and among these people are victims of human trafficking,

She described trafficking in persons as a crime against humanity that has badly affected the image of Nigeria.

The DG said this legislation created the National Agency for the Prohibition of Trafficking in Persons (NAPTIP), a law enforcement agency mandated to tackle the scourge of human trafficking in Nigeria with the powers to investigate and prosecute all cases.

“NAPTIP has achieved some milestones in tackling the menace of human trafficking. For instance, recently, the National Action Plan on Human Trafficking in Nigeria (2022-2026) was approved by the federal executive council.

Reacting to the controversies surrounding the embattled Ekweremadus, medical doctors have said that it is not a crime for someone to willingly donate kidney, adding that what the law is against is kidney harvesting.

A general health practitioner in Lagos, Dr. Kingsley Aboh, told LEADERSHIP Sunday that there are procedures to follow before kidney transplant can take place in the hospital.

Aboh, said it is always advisable to take kidney of a close relative who must be an adult.

“A minor cannot donate kidney even though he voluntarily wants to donate it. He/she must be mature enough (from 18 years and above) to give consent,” he added.

When asked if one needs to pay money for a donor’s kidney, the health practitioner said the law kicks against it, adding that it’s supposed to be voluntary.

“However, the law is not fully implemented in Nigeria. We have seen cases where people were being paid huge amount of money for donating their kidney,” he said.

He disclosed that kidney transplant can be successfully done in Nigeria, adding that there is no need to travel abroad to do it.

Similarly, a Nephrologist at the Lagos University Teaching Hospital (LUTH), Dr Rotimi William Braimoh, told LEADERSHIP Sunday that the treatment of kidney disease is very expensive, hence, the need to prevent it at all cost.

For instance, he said, a session of dialysis cost between N27, 000 and N40,000, while a kidney patient needs dialysis three times a week.

“On the other hand, kidney transplantation which is the best option, cost between N10 million to N12 million,” Braimoh said.

He, however, advised that prevention is the way to go, as not all Nigerians can afford the cost of kidney transplant or dialysis.

“Even when you can afford it, it takes forever to see someone who can willingly donate kidney that matches that of a kidney patient,” he added.

He explained that Chronic Kidney Disease (CKD) is a slow and progressive loss of kidney function over several years and if untreated, could lead to kidney failure.

Braimoh lamented the rate at which kidney disease is affecting Nigerians is becoming alarming.

He revealed that about six per cent of Nigerians have kidney disease and expressed the fear that in the next 20 years, the prevalence will rise to about 10 to 15 per cent because conditions like diabetes, hypertension among other diseases which are risk factors of kidney disease are increasing in the country.

He buttressed that ,“Change in lifestyle, high prevalence of diabetes, and hypertension are increasing the prevalence of kidney disease. Also, because of the poor living conditions of most Nigerians, they are likely to patronise herbal concoctions for their ailments, which can damage the kidney over time, and therefore, increasing the incidence of kidney disease as well’’.

The health practitioner further disclosed that kidney disease can be detected early with urine and blood test.

“Early kidney damage can be detected with urine test, so that even before it becomes worse, the treatment can be started. If we start the treatment early, the patient can live a normal life without the kidney failing.”

The Nephrologist said kidney disease can be prevented with healthy lifestyle and healthy diet, drinking lots of water, routine medical check- up, at least, once in a year, as well as maintaining a physically active life.

He said other things to avoid are pain killer drugs, herbal drugs and fatty foods and for those who are hypertensive and diabetic, he urged them to take their treatments seriously, to avoid kidney disease.