In this report, RABIU OMAKU examines the plight of residents of Nasarawa Eggon community who go through excruciating pains to access potable water. 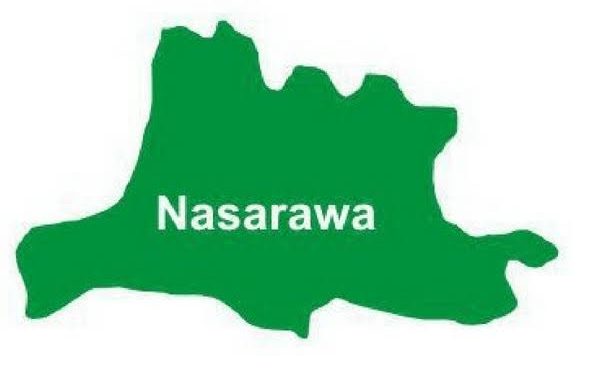 One may be forced to say that nothing could justify a revelation that Eggon indigenes, at this stage would still be battling acute water scarcity. Sadly, Eggon residents are groaning over water scarcity and are praying that concerned authorities do something to enable them exit from this ignominious situation.

Clean fresh water , they say , is an essential ingredient for a healthy human life, however, the difficulties locals go through to get drinkable water in Nasarawa State can only be imagined. The situation is worse for rural dwellers in Nasarawa State. This is because when waters run dry, people can’t get enough to drink, wash, or feed crops and economic decline may occur. In addition, inadequate sanitation is a problem that can lead to deadly diseases, including cholera and typhoid fever, and other water-borne illnesses.

This stressed the need for the proper monitoring of the huge sums allocated to the Nasarawa State Ministry of Agriculture and Water Resources in the last three years under the administration of governor Engr Abdullahi Sule as much is still desired to end the acute shortage of water faced by residents in the state.

Earlier during the year when the Global community on Tuesday, March 22, 2022 celebrated the World Water Day with the theme; ‘Groundwater: Making The Invisible Visible’, the world again agree that one of the essential elements of earth, water is the prime necessity of life; that all living animals and plants cease to exist without it. Hence, the proverb says, “Water is life”.

Going by the United Nations declaration, there is sufficient water to satisfy the needs covered by the right to water in virtually all countries of the world – it is much more a question of equitable distribution. On average, overall households account for less than 10 per cent of total water use, while industry and agriculture are the largest water users. The right to water is limited to basic personal and domestic needs, which account for only a fraction of overall domestic use. Even in the context of climate change, which affects overall water availability, water for personal and domestic uses can still be ensured, if prioritised as required by human rights law.

In the last three years, the state government earmarked N15.5 billion to make water available and accessible to the citizenry. However, it appears the efforts are not yielding the desired results as residents continue to lament over water scarcity, which is more excruciating during the dry season.

In most rural areas, residents rely on streams and other unclean sources of water while those in the urban centres rely heavily on boreholes mostly sunk by private individuals. Even though the state has a water board formulated to serve as a public corporation supplying water to residents.

LEADERSHIP Weekend gathered that even though the state government recently declared a state of emergency on water, sanitation, and hygiene (WASH) during the launch of “Clean Nigeria, Use The Toilet Campaign”, the programme is yet to yield plausible actions.

It would be recalled that the governor who was represented by his deputy, Emmanuel Akabe, said the emergency declaration was geared towards addressing the menace of open defecation as well as providing access to clean water in the state.

Akabe said that the Nasarawa State Rural Water Supply and Sanitation Agency (NARUWASA) has been mandated to ensure that not less than five hundred communities across the 13 local governments Council have access to clean drinking water by the year 2023.

However, available statistics indicate that over 65 percent of the population of Nasarawa State does not have access to clean drinkable water. 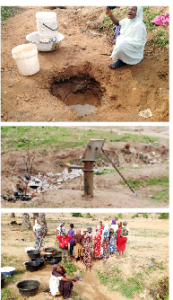 One of the most hit local governments in the state is Nasarawa Eggon, the headquarters of Nasarawa Eggon local government located about 30 kilometres from Lafia, the state capital. Our correspondent reports that residents of this boisterous community, especially women, daily trek for long kilometers in search of a stream or pond water to get water.

Nafisa Musa, a mother of four, who is a resident of Nasarawa Eggon community and resides along the popular Mada station road told LEADERSHIP Weekend that they have no choice but to drink from stagnant water in the community.

She stated that was because the “stagnant water is what is available’’, adding that potable drinking water over the years is a mirage.

More so, a cross-section of the residents corroborated what Nafisa said and appealed to both the local and state governments to find a lasting solution to the perennial water scarcity in the area.

One of the residents, Zulaihat Isa said every day they queue for about five hours or more to have access to the stagnant water along Lafia-Akwanga Highway.

When asked whether they use water guard or chlorine before drinking, she answered in the negative.

Also, Wasila Yakubu of Broni area who lamented the persistent water scarcity stressed the need for the authorities to tackle the menace. Yakubu also urged women to vote out politicians that perform below in terms of delivery.

For his part, Yunusa Ali Mangai from Angwan Madami appealed to the governor to bring succour to the people, describing the situation as a setback to the Nasarawa Eggon community.

Good enough, it appears all hope is not lost as a resident, Jamila Anzaku said the David Emmanuel Ombugadu, a former member of the House of Representatives who represented Akwanga/Wamba/Nasarawa Eggon constituency and now the governorship candidate of the People’s Democratic Party (PDP), has assisted greatly by providing boreholes to the populace though now bad.

Our correspondent who went round Waya-waya, Broni, and Angwan Madami did not see any sign of an open well in the majority of the households visited, it was learnt that almost all the hand pump boreholes provided by Ombugadu are dysfunctional due largely to lack of maintenance.

When contacted, the council chairman, Danlami Odasko declined to comment on the issue.

However, the member representing Nasarawa Eggon at the State House of Assembly, Muhammed Aga Muluku attributed his inability to provide a borehole to his constituency to the high cost of borehole noting that “a borehole that used to cost N300,000 now costs N800,000”.

Our correspondent reports that other areas hit by the water scarcity include Keffi local government, where students of Government College Keffi, daily trek far away from school in search of water.

In addition, Nasarawa local government is not spared the water scarcity quagmire where residents of Oversea area, a settlement in Nasarawa town, are worse hit. Similarly, even though it houses the popular Doma dam, arguably the biggest dam in the state, residents of the Doma community also grapple with water scarcity.

The scenario is the same in Lafia, the state capital where households, ministries, departments, and agencies (MDA’s) are battling with acute water shortage. Also, affected are residents of Awe, Obi, and Keana council areas where the challenge of lack of potable drinking water dominates discussions.

Efforts to contact the general manager of the Nasarawa State Water Board, Haruna Shafa, were fruitless as security operatives stationed at the facility denied our correspondent access to the GM allegedly on his directives.

Reflectively, on assumption of office in 2019, governor Sule inaugurated a seven-man committee to appraise the water situation and recommend ways to resolve it. Headed by the Attorney General of the state, Abdulkarim Kana, the committee was to identify all government water schemes and their status and to determine the repair work required as well the financial implications. Three years later, it cannot be said with certainty if the committee’s recommendations are being implemented as residents continue to lament over persistent water scarcity.

7 Incredible Health Benefits Of Strawberries And Why You Should Eat More... Click Here For Details
Tags: Nasarawa
SendShareTweetShare
Previous Post