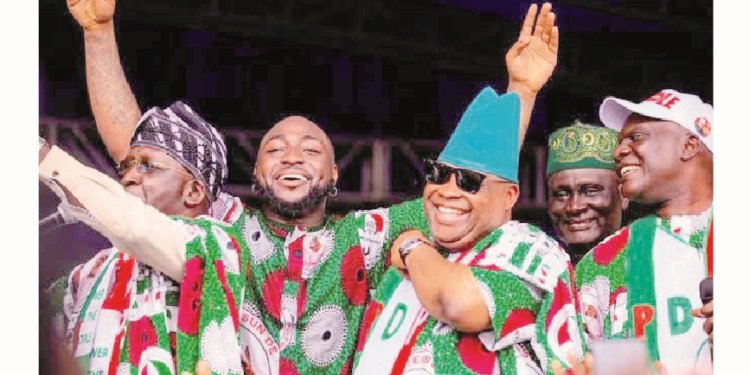 The Independent National Electoral Commission (INEC) has taken a swipe at popular singer, David Adeleke, also known as Davido, the nephew to Osun State governor-elect, Senator Ademola Adeleke, over the timeframe for the issuance of a Certificate of Return of the last Saturday’s governorship election in the state which Adeleke won.

The musician had queried why the commission had not presented the winner of the election with a Certificate of Return (CoR) after 48 hours as provided for by the law, on his verified Twitter handle.

Replying Davido, the commission in a statement by the national commissioner and chairman Information and Voter Education Committee, Festus Okoye, on Tuesday in Abuja, said the commission has up to 14 days to issue the winner with the CoR.

He said, “Those that intervene and play roles in the electoral process should try to have basic knowledge of the constitutive legal instruments that guide and regulate the conduct of elections.

“The commission is a public trust and a creation of the Constitution and the law and must be seen to respond to public demands for transparency and openness.

“The commission will continue to uphold the basic tenets of transparency, openness and inclusivity in the conduct of elections and the delivery of electoral services,” Okoye said.

An official of the commission said that INEC would present the CoR to Senator Adeleke on Wednesday.

“The national commissioner in charge of Ogun, Ondo and Osun states, Prof. Kunle Ajayi, is still in the state and would likely present the CoR to the governor-elect tomorrow (Wednesday) in the state.

“The commission has 14 days according to the law of the land and the 2022 Electoral Act, to issue the CoR to winners of elections,” the official who pleaded not to be named added.