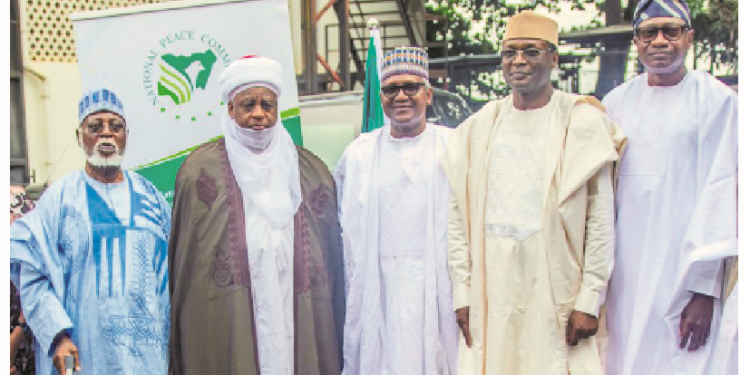 The committee is a non-governmental initiative conceptualised in 2014 in response to emerging threats occasioned by the 2015 general elections. Since then, it has emerged as one of the leading lights and credible organisations in Nigeria’s democratic journey.

It is an initiative made up of eminent elder statesmen who undertake efforts to support free, fair and credible elections as well as intervene in critical issues of national concern through high-level mediated and alternative dispute resolution mechanisms.

The core values of the committee include neutrality, integrity, transparency, efficiency and effectiveness through: fairness; confidentiality; meritocracy; justice and patriotism.

At a meeting in Minna, Niger State yesterday, the NPC said it would make political parties and their candidates sign a peace accord next week to mark the beginning of campaigns for the 2023 election in Nigeria,   .

This was parts of the resolution of the extraordinary meeting of the committee held at General Abdulsalami Abubakar Residence uphill Minna, with Mahmud, the national security adviser (NSA) General Babagana Mogunu, Sultan of Sokoto Sa’ad Abubakar and Etsu Nupe Yahaya Abubakar in attendance.

The committee raised concerns over developments that may hinder the peace and credibility of 2023 elections.

The meeting which lasted for about three hours in its resolution signed by Abdulsalami and the convener of the committee, Bishop Matthew Kukah, said given the concerns and the need for issue-based campaigns, “the National Peace Committee has organised signing of two peace accords for the 2023 general elections.

“The first peace accord which holds on 29th September, 2022 at the International Conference Centre  (ICC), Abuja is to commit all political parties, presidential candidates, and their spokesperson to peaceful political campaigns and rallies devoid of violence, incitement, and personal insults,” they added.

While stressing that the campaigns would be for issues at the very heart of national development and progress, the committee said the second will be shortly before the elections, committing the candidates to accept the outcome of the election if adjudged free, fair, and credible.

The committee said democratic culture from 1999 to date had been consolidated but with challenges, adding that” one of the challenges has been the inability of politicians and political parties to manage diversity and ensure equal distribution of resources.”

The committee posited that the development had facilitated “the ugly reality of much of the conflicts and political violence Nigeria has witnessed since 1999”, thereby raising some major concerns ahead of the 2023 elections.

They also noted with concern that “the Boko Haram conflict that defined the 2015 election is yet to be quelled and with bandits operating across the northwest, violent secessionist agitation spiralling in the southeast and farmer-herder clashes ongoing across the country, the 2023 election is set to take place amidst nationwide insecurity.”

It was also disclosed by the committee that the precarious economic situation across the country had made vote selling and buying easy as witnessed in Ekiti and Osun States governorship elections even as low voter turnout with only 34.75 percent in 2019 remained sources of concern in 2023 in terms of turn out and credibility of the election.

The committee said fake news, mode of media communication, and conduct of spokesperson to candidates have amplified the concern for potential personal attacks, insults, and incitement to relegate civility and decency in public discourse and that has informed the campaign peace accord.