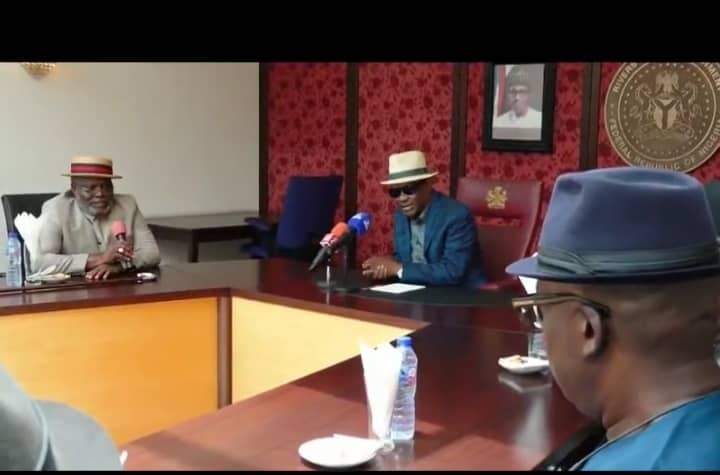 In an attempt to find a lasting solution to the crisis rocking the Peoples Democratic Party (PDP), members of the party’s Board of Trustees (BoT), on Tuesday, met with Rivers State governor, Nyesom Ezenwo Wike, at the Government House, Port Harcourt.

Speaking after the closed door meeting with the governor, BoT acting chairman and former Senate President, Adolphus Wabara, said although the meeting was fruitful, it was not conclusive.

Wabara said: “We have been robbing minds for the past four hours with His Excellency, the performing governor of Rivers State, Mr. Project. This meeting took about four hours. We have not concluded.

“You know to make peace takes some time. But, I think we are at it. We are better informed. Every coin has two sides. We have been briefed by His Excellency. We are going back to Abuja to digest all that we have gathered.

“It has been a very fruitful but one thing we must understand is that this family still remains one under one umbrella called PDP and by the special grace of God, we will end up very victorious. With his (Wike’s) cooperation and support of all other governors, we will make progress.

“Presidential campaign has started and it is the policy of our great party that we all go home and campaign. His Excellency is here and he is campaigning for the party.

“In Abia State where I come from, we are also campaigning. You know there is no ballot box in Abuja. Everyone on us here is from one zone or the other.

“Our governor here is a PDP governor. Even if he does not really come out to campaign, he has campaigned with all the projects he has executed in Rivers State as we speak.

Also, speaking to journalists, Rivers State governor, Nyesom Ezenwo Wike, said what was important is that the PDP is united.

Wike said: “As the BoT acting chairman said, the most important thing is to have unity. What is important is that the house is united. So, the issue of whether we achieved peace today or not is immaterial.”