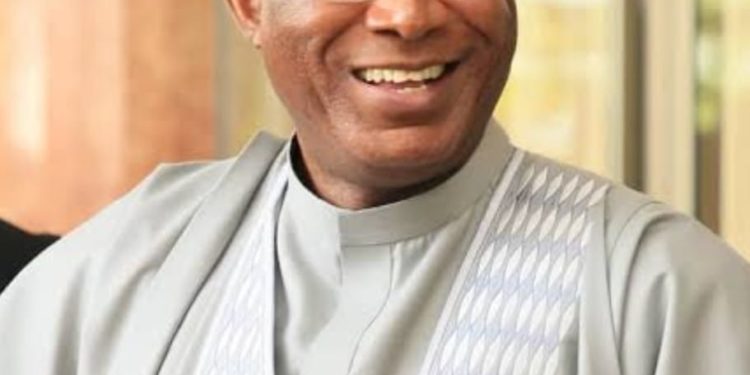 The Delta State APC Gubernatorial Campaign Organisation has described the recent defection of PDP leaders to the All Progressives Congress (APC) as a testament to Senator Ovie Omo-Agege’s attractive style of politics.

This is even as the campaign organisation congratulated the Deputy Senate President and Delta APC governorship candidate, Omo-Agege, on the flagging off ceremony of five projects at his Alma Mater, St. George’s Grammar School Obinomba, Ukwuani LGA, Delta State.

While Chief Eko was a two-time PDP chairman, Abraka Ward 3 (2012 to 2020) and Special Adviser to the chairman of Ethiope East LGA Council from 2020 until his recent defection, Alhaji Umaru is chairman of Arewa Community in Ethiope East even as Mboka led the Igbo community in the area.

In congratulating the Delta Central lawmaker on the defections, the Director, Communications and Media Strategy of the organisation, Niboro, noted that the development was a huge gain not only for APC but lovers of good governance in the state.

The campaign spokesperson commended the new members for their uncommon courage in identifying with the Obarisi of Urhoboland and joining hands with him to rescue the state from alleged PDP’s strangulation and misgovernamce.

He said the defectors have made the right choice for their political future and in the interest of the state.

On the flagging-off ceremony of projects at his Alma Mater in Delta North Senatorial District, Niboro noted that if he could facilitate projects outside his senatorial district without executive powers, he would do more if given the mandate to lead the state as governor.

The APC standard bearer, he said, had also facilitated projects to Delta South, making him the first lawmaker in the history of the state to influence projects across the three senatorial districts.

According to him, with his background in both the Executive and Legislative arms of government, Senator Omo-Agege is the most prepared of all the governorship candidates, stressing that he has the experience and capacity to hit the ground running upon assumption of office.

He said the federal lawmaker has over 400 constituency projects in 2021 across the state, spanning all sectors including roads, schools, electricity, solar, rural electrification, water projects, educational and ICT infrastructure, primary healthcare, human capital development and empowerment.

“Senator Omo-Agege’s impact stretches beyond his direct constituency. He facilitated the rehabilitation of Asaba/Ugbolu/Illah road in Delta North; renovation, rehabilitation and furnishing of the Nanna Living Museum in Koko, Delta South among others. These records remain unmatched in the 30-year history of our dear state.

“The EDGE Agenda is committed to halting the weaponisation of poverty, marginalisation of our people and underdevelopment of our communities that lay the golden egg by successive PDP administrations,” Niboro said.

He described Omo-Agege as a promise keeper, noting that the projects at his Alma-Mater, St. George’s Grammar School Obinomba, were in fulfilment of his promise made in November 2021.

The projects include construction and equipping of an E-Library, Administrative Block, a storey building containing 12 classrooms block, rehabilitation of the existing Dinning Hall/Refectory, and 200 bed spaces for male and female hostels respectively.