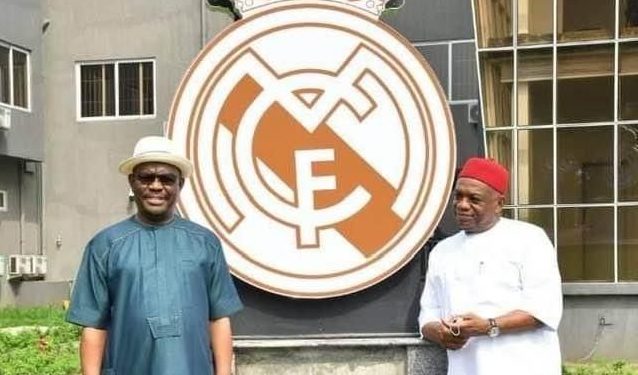 A former governor of Abia State and Senator representing Abia North, Orji Uzor Kalu, has praised a former presidential aspirant of the People’s Democratic Party (PDP) and Rivers State governor, Nyesom Wike, for emerging the runner-up in presidential primary election of the party, describing him as the real winner.

Kalu, a chieftain of the All Progressives Congress (APC), who took to his verified Facebook page on Monday, said even though he shares a different political belief from Wike, he was proud of the Rivers State governor.

He wrote: “Even though I am a chieftain of the All Progressives Congress, APC, I must say that I’m proud of Governor Nyesom Wike’s performance, tenacity and courage.

“Yes, he lost, but he fought gallantly. I congratulate and commend his doggedness at the just concluded PDP presidential primaries.

“I can only say that Wike is the winner of the game for defiling all odds to come second.