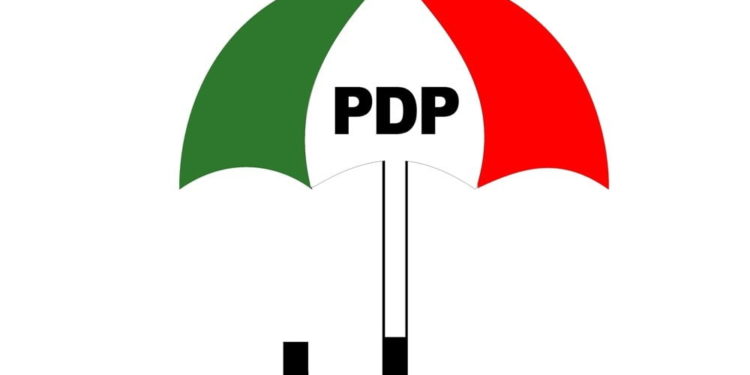 Leadership crisis rocking the Ebonyi State chapter of the Peoples Democratic Party (PDP) yesterday took another dimension as the national leadership of the party has again recognised Mr Tochukwu Okorie as its authentic chairman.

The national chairman of the party, Senator Iyochia Ayu and the national secretary, Senator Samuel Anyanwu stated this in a letter dated 31st May, 2022 and addressed to the Independent National Electoral Commission (INEC).

They explained that the party’s decision was in obedience to a judgement by the appellate court which overturned the judgement of a federal high court that hitherto recognised Mr Silas Onu.

There has been leadership tussle in Ebonyi State chapter of the Peoples Democratic Party since the election of the chairman of the party.

The recent letter to INEC was therefore in obedience to the appeal court order sacking Onu and reinstating Okorie.

They wrote: “Please refer to our letter with Ref: PDP/DOM/GF.2/Vol.1J/22-081 in which we informed the commission of the party’s decision to comply with the Federal High Court decision in Suit No. FHC/ABJ/CS/1319/2021.

“We now wish to inform the commission that the Appeal Court has upturned the decision of the lower court in Suit CA/ABJ/CV/444/2022 and in total obedience to the appellate court judgement, our recognised state chairman in Ebony is Mr. Okorie Tochukwu Okoroafor,” they stated.

They also urged the electoral umpire to kindly accord Okorie the necessary support he needs to perform his constitutional role.

Meanwhile, a federal high court in Abakaliki, the state capital, has refused to grant an order stopping the PDP from conducting fresh governorship primaries in the state.

The court’s refusal followed a suit filed by Mr Ifeanyi Chukwu Odii, the winner of the primary conducted by the Onu faction on Sunday night.

Odii had sued the PDP and INEC seeking for an interim order restraining the party from cancelling or tampering with the results of the primary in which he was declared winner.

He also sought an order restraining PDP from refusing to transmit his name as the governorship candidate of the party to INEC.

Odii prayed the court for an order of interim injunction restraining PDP from rescheduling or conducting fresh governorship primaries in the state.

He urged the court to restrain INEC from monitoring any other governorship primary in the state pending the hearing and determination of the motion on notice.

But the court presided by Justice Fatun Riman ordered for an abridgement of time to allow for interested parties to join the suit.

The court adjoined the matter to 6th of June 2022.

How Accused Fraudster, US Syndicate Ripped Off Nigerians –FBI