How Accused Fraudster, US Syndicate Ripped Off Nigerians –FBI 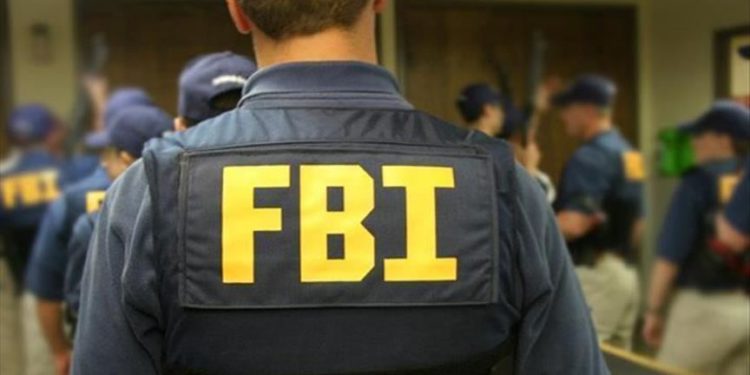 An operative of the Federal Bureau of Investigation (FBI), Ayotunde Solademi, has narrated to a Lagos State Special Offences Court in Ikeja how an alleged fraudster, Uchenna Igwegbe, collaborated with a United States-based fraud syndicate to rip off some Nigerians and foreigners.

Solademi, who is attached to the Office of the Legal Attache US Consulate, Lagos, told the trial judge, Justice Sherifat Solebo, that Igwegbe engaged in the online scam with a well-known criminal, Obinna Kelvin Obioha, who was arrested and jailed in the US for multi-million-dollar fraud.

The foreign operative was testifying to the second prosecution witness in the ongoing trial of the defendant over allegations of facilitating “the fraudulent obtaining of funds from unsuspecting members of the public totalling the sum of $937,073.00.

The prosecution had told the judge that the offences are contrary to Section 17 of the Economic and Financial Crimes Commission, EFCC Act, 2004 and Section 1 (1)(a) and 1 (3) of the Advance Fee Fraud and other Related Fraud Offences Act 2006.

He, however, pleaded not guilty to the charge

Solademi testified that the defendant supplied bank accounts to Obinna Kelvin Obioha to defraud unsuspecting members of the public abroad and in Nigeria.

He said a “bomber” is just one of the different roles online scammers play in pursuit of fraudulent activities.

Solademi stated, “My Lord in general when it comes to online fraud or scams, the fraudsters work differently.”Some are called shooters, others are called bombers, some others provide accounts, while others are pickers and so many other specialisations.

“So usually when the bomber or the owner of the job, as they call it, has gotten to the point whereby the victim would make payment, he reaches out to either the middle man who knows the people that have an account.

“In the conversation between the defendant and Obinna, the defendant was providing bank accounts tailored to the need of Obinna in perpetrating an online scam, ‘’ the witness claimed.

Solademi also testified that the crime was discovered as a result of a joint operation with the EFCC, codenamed ‘REWIRED’.

He stated “between February 2016 to August 2016, the defendant sent five bank accounts to Obinna.

“One of those bank accounts was used to facilitate funds by Obinna, totalling $188,791.

“Upon interview of Obinna and forensic analysis of his mobile devices, we discovered that he was into an online scam which includes insurance fraud, credit card theft, identity theft, online dating extortion and BEC.

“It was also discovered that the defendant was in communication with Obinna, specifically the transmission of US and foreign bank accounts which were used to facilitate funds.

“My Lord, Business Email Compromise, BEC, is a type of online scam whereby key employers of companies that have foreign clients and also do online transfers are targeted.

“The fraudster hacked into the email account of the target employee and monitored the email communication between the company and their clients.

“If the company or the client does not notice that the email is fake, the money is sent to the account and immediately the fraudsters withdraw the money sent into the account,” the witness

Under cross-examination by the defence counsel Victor Okpara (SAN) the witness said though he was not at the scene of the arrest of Obinna, he stated that Obinna was the ‘Bomber’.

He hinted that while he was not also present when the electronic gadgets of Obinna were analysed, he told the court that the WhatsApp communications were forwarded to him.