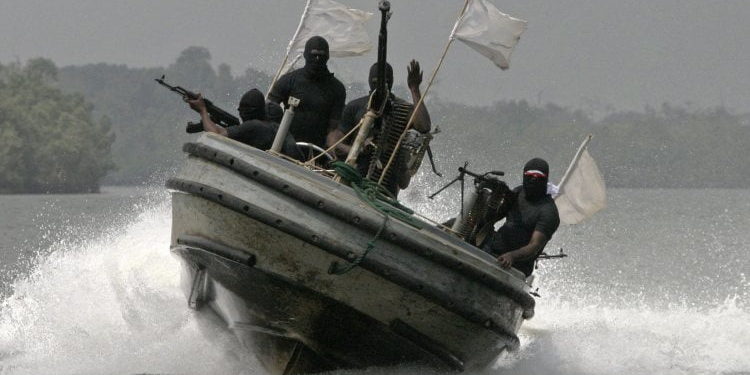 LEADERSHIP gathered that about 15 passengers were in the two boats but the gunmen took time to select their victims based on names on phone book list and businesses.

The chairman of the Maritime Workers Union in Brass local government area of the state, Mr Daniel Biodoumoye, confirmed the incident.

The suspected pirates reportedly intercepted the two hundred horse power engine boat close to the rice farm and fled off with eight of the 15 passengers.

According to the Brass Unit Maritime Union chairman, a combined rescue team of marine police, union leadership, and others rescued the seven passengers who were abandoned by the armed pirates.

The regent of Egwe Ibe, Chief Timipre Saka-Yabi has condemned the kidnap and called for the unconditional release of the victims.

Confirming the incident, the spokesman of the Bayelsa State Police Command, Asinim Butswat, said the passenger boat was attacked on June 13, 2022 and seven passengers were reportedly abducted, adding that they have commenced investigation.