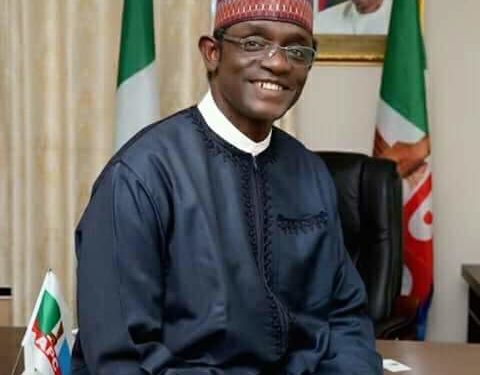 The Association of People Living With Disabilities (PLWD) has commended the Yobe State governor, Hon Mai Mala Buni, for the award of vehicles as well as appointment of three of its members as special assistants to the governor.

The chairman of the physically challenged wing of the association, Mohammed Abatcha (Chammoo) made the commendation while speaking on the effects of Buni administration on their members.

Abatcha who described Buni’s administration as a government of inclusiveness, said the governor has also approved the allocation of five houses to the association.
He said, “During our meeting, his excellency Hon Mai Mala Buni surprisingly approved the appointment of special assistants to the governor to the chairman of the deaf, Abubakar Mohammed, that of blinds Mai Yaskuma Wakil and the physically challenged Mohammed Abtacha.

“It was quite interesting to also notify you that the governor also has three vehicles each to the blinds, deaf and physically challenged associations in addition to allocation of five houses meant for all of us under the Association of People Living With Disabilities (PLWD).

“What he did for us has clearly demonstrated his administration’s willingness towards carrying everybody alone. We will remain ever grateful for the gesture,” Abatcha said.
He used the forum and called on the governor to sign into law the newly passed PLWD bill for the benefit of their members.

We Have Paid Over N17Billion Pension Liabilities – Kaduna Pension Bureau