We Have Paid Over N17Billion Pension Liabilities – Kaduna Pension Bureau

The Malam Nasir El-Rufai administration inherited a pension debt of over N15 billion from the previous administration but has cleared the liability. In 2017, the government migrated from the old Defined Benefit Pension Scheme to the Contributory Pension Scheme and it has been up to date in remittances to Pension Fund Administrators (PFAs). In this interview, the Executive Secretary of Kaduna State Pension Bureau, Professor SALAMATU ISAH gave a detailed explanation on pension matters. 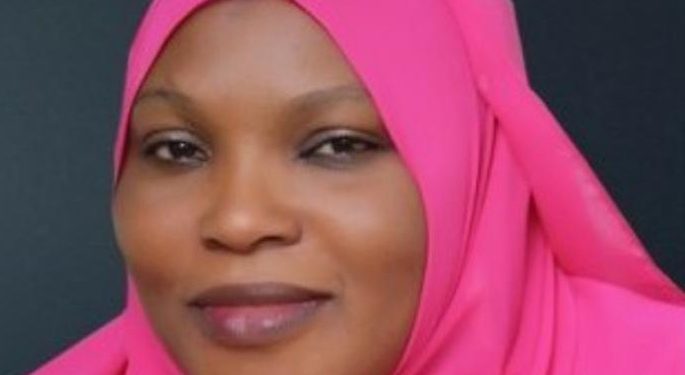 Recently, Governor Nasir El-Rufai approved the payment of gratuity and death benefits for retirees as well as relatives of the deceased in the Defined Benefits Pension Scheme respectively. How much was given?

We received a total sum of N3.105 billion and this amount was an allocation for the two schemes; that is N1.5 billion was for the payment of Accrued Rights for the beneficiaries in the Contributory Pension Scheme, while N1.6 billion was for the payment of beneficiaries in the Defined Benefit Scheme. The Defined Benefit Scheme is the old pension scheme which Kaduna State Government still operates. The two payments are for both state and Local Government Council beneficiaries. So, to be specific, on the payment of gratuity in the Defined Benefit Scheme, N600 million was allocated to state’s retirees, while N1.05billion was allocated to the local government retirees. In this payment, the total contribution received from each local government was N45million; which is a payment of three months. Every month, they contribute N15million per local government.

How many pensioners are you going to pay in this current schedule?

From the prospective schedules so far made, the rough estimate of the number of people we want to pay is 390 from the Local Government Councils outstanding list and 163 pensioners and families of the deceased on the state’s list. In total, we have 553 beneficiaries on the Defined Benefit Scheme payment list. While for the N1.5 billion allocated for the Contributory Pension Scheme, we intend to pay 387 beneficiaries and the payments will be sequential and will follow the queue. What I mean is that, unlike the last payment we made which was based only on those with less than N1 million in the outstanding list, we are now back to the sequential payment to beneficiaries. The funds have been released since the 19th of this month (May), so the funds are in the gratuity/ death benefits accounts of the Pension Bureau already.

So, when are you releasing the list of beneficiaries that will be paid in the two payment schedules?

We are already preparing the list, we are just doing due diligence to make sure that those on the list have not been paid before, which is the normal routine check at the Bureau before any payment and once we are done, the list will be released to the public. However, for those under the Contributory Pension Scheme payment list, we are first sending it to the Pension Fund Administrators (PFAs), to confirm how much the beneficiaries have contributed from 2017, so that we have the details of the total retirement benefits. This is important, as we have received pensioners’ complaints about not knowing their total contributory benefit package. At the Pension Bureau, we paid the Accrued Rights only while PFAs add up to it what the beneficiaries had contributed from 2017. So, we will ask the PFAs to give us what these people have contributed since 2017 so that we add up what we are going to pay for record-keeping. And from what the PFAs have provided, we will know the total benefit for these categories of pensioners. Thereafter, we will send the list to the media department for dissemination as well as to the Pension Desk Officers at the local government level and even the MDA levels, for further publicity.

The dissemination of the list of beneficiaries in Contributory Pension Scheme (CPS), before now, was never used to be made public. The information we usually provide in many of our media handles was just for the Defined Benefit Scheme. We want to apply the same method of making the payment scheduled list public on the Contributory Pension Scheme, to reduce the lapses observed in the payment administration by PFAs. So, by the time we release the contributory pension payment schedule, everybody will be aware that he or she has been scheduled for payment and all he or she needs to do is to go to his or her PFA for the payment of their entitlements. With this, we are hoping that the method will help reduce the complaints we received on payment of benefits in the Contributory Pension Scheme.

There is confusion between the Defined Benefit Scheme and also Contributory Pension Scheme even among civil servants. What is the distinctive difference?

The distinctive feature, as I keep sensitizing the public is that the Defined Benefit is a scheme that the government promises and takes the responsibility of paying all retirement entitlements after a civil servant has reached a certain age, for example, 60 years. Or after putting in the specific number of years in service which is specified as 35 years. In whichever of the cases, it is the government who bore the burden of paying pension as well as gratuity, using the nationally accepted template with measurable parameters like number of years spent in service, date of the first appointment, g I level at retirement, year of retirement and so on. Under that system, someone can get as much as N17 million and above, while others can get less than a million, depending on rank and grade level of the beneficiary. In addition, the government takes the responsibility of paying the monthly pension during the life time of the pensioner.

So, once you reach 50 years, you will go to the PFA and the retiree will be placed on a programmed withdrawal plan to receive a Lump sum and monthly pension. The monthly pension is for life too. So, with respect to payment of retirement benefits in the new scheme, the Pension Bureau will release Accrued Rights or amount to the PFA, and the PFA pays the money using a template as mandated by Pension Commission (PENCOM) on a programmed withdrawal plan or Annuity.

In doing this, the pensioner is also entitled to pension arrears if there are any, and Lumpsum which is more like the former gratuity. It is important to note here, that the availability and payment of Lump-sum depends on the nature of the programmed withdrawal plan. A retiree may have zero-sum in some cases. So, in Contributory Pension Scheme (CPS), your total package will not just be the 7% that you have been contributing from your salary over time and the 8% that your employer has been remitting into the RSA. You will also get the return on investment on your contributions as your retirement entitlements at the end of the day.

Is it correct to say that in the Defined Benefit, pension is for life, but in the Contributory Pension Scheme, you will be paid only as long as your contributed funds can take you?

The government of Malam Nasir El-Rufai inherited a pension liability of about N15 billion in the old Defined Benefit Scheme from the previous administration for both local governments and state pensioners. From what you have paid to date, has the Kaduna State Pension Bureau cleared the debt?

Yes, we have, because with the established or estimated liability of N15billion by the Transition Committee, given the previous payments and the one coming up, we can say we have paid about N17.5 billion. For instance, by subtracting N15 billion from N17billion, we would say yes, we have paid more than the established N15billion inherited on the Defined Benefit Scheme.

Is Kaduna State up to date in remitting its contributions to PFAs under the Contributory Pension Scheme?

Remittances of employees’ deductions to their various RSAs have been regular before and since I was appointed as Executive Secretary in August 2020. We have never defaulted even for one month and we have record of what has been remitted monthly to every PFA since 2017, and you can ask the PFAs, they would testify to this. In reporting the annual achievements of PenCom, at the national level, Kaduna, Lagos, and one other state, the commission said we are the three states that have been regular in remitting employees’ deductions and employers’ contributions to their employees. So, we are up to date.

-Last May, Governor Nasir El-Rufai released N3, 105,000,000 for the payment of gratuity and death benefits to retirees and families of deceased civil servants respectively, at the state level and for the 22 Local Government Councils.

-The Executive Secretary of Kaduna State Pension Bureau disclosed that N1, 500,000,000 was also released/ allocated for the payment of Accrued Rights of retirees under the Contributory Pension Scheme (CPS);

-So far, Kaduna State Government had paid gratuity/death benefits of batches 1 to 16 to beneficiaries at the state level and batches 1 to 14 of local government pensioners under the Defined Benefits Scheme.

-Kaduna state is up to date in remitting contributions to Pension Fund Administrators (PFAs) as attested to by Pension Commission.