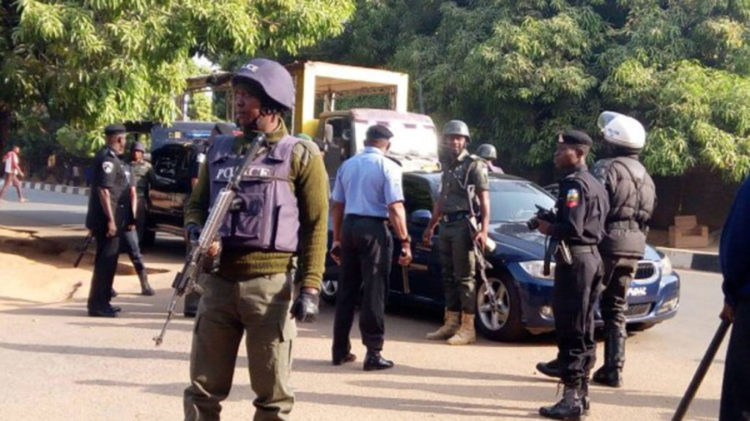 The Federal Capital Territory (FCT) police commissioner, Babaji Sunday, has sent 20 policemen to enforce the Court of Appeal judgement that reinstated members of the Incorporated Trustees of Apo XK Extension Residents Association titles to over 400 plots of land.

The policemen accompanied about seven bailiffs from the FCT High Court to serve the Court of Appeal enrolment order and the high court’s warrant for possession or the writ of possession to the current occupants of the land.

The bailiffs also pasted the court documents evicting the current occupants at the estate’s gate and at every corner of the premises.

The Court of Appeal sitting in Abuja had on May 18, 2017 set aside the decision of the FCT High Court and declared the re-allocations of over 400 plots of land that constitute the Apo XK Lay-out by the minister of the Federal Capital Territory and Federal Capital Development Authority to ENL Consortium Limited and Federal Housing Authority as illegal, null and void.

In the unanimous judgement delivered by justices Mohammed Mustapha, Emmanuel Akomaye Agim and Tani Yusuf Hassan on May 18, 2017, the court ordered the FCT minister, FCDA and ENL Consortium Limited to immediately halt the acts of trespass and remove all machinery or personnel from the plots of land situated within XK Layout, Apo District which belongs to the appellants.

Justice Mustapha stated, “Having resolved all the issues that call for determination in this appeal against the respondents, this appeal succeeds and it is allowed, the judgement of the trial court is hereby set aside.”

The Apo (XK) Extension Annex Layout was designed by the Federal Capital Development Authority and C-of –O issued to would be residents in 1995. But by April 2009, the FCT minister and FCDA began to demolish buildings which were at various stages of development without giving reason.

The victims formed an association and consequently filed a motion ex-parte dated May 27, 2009 before the FCT High Court seeking an interlocutory injunction to restrain the minister, FCDA, Abuja Municipal Council, Abuja Metropolitan Management and Development Control Department as 1st to 5th defendants, from further demolition.

On July 31, 2009, Justice O.O.Goodluck ordered the defendants from trespassing, encroaching on or interfering with plots XK Apo Extension Layout Annex, pending the determination of the substantive suit.

But on October 5, 2009, the then FCT minister, now Senator Adamu Aliero, authorised the FCDA to allocate the over 200 plots covering 78 hectares that make up XK Apo Extension Layout Annex to the Federal Housing Authority (FHA).