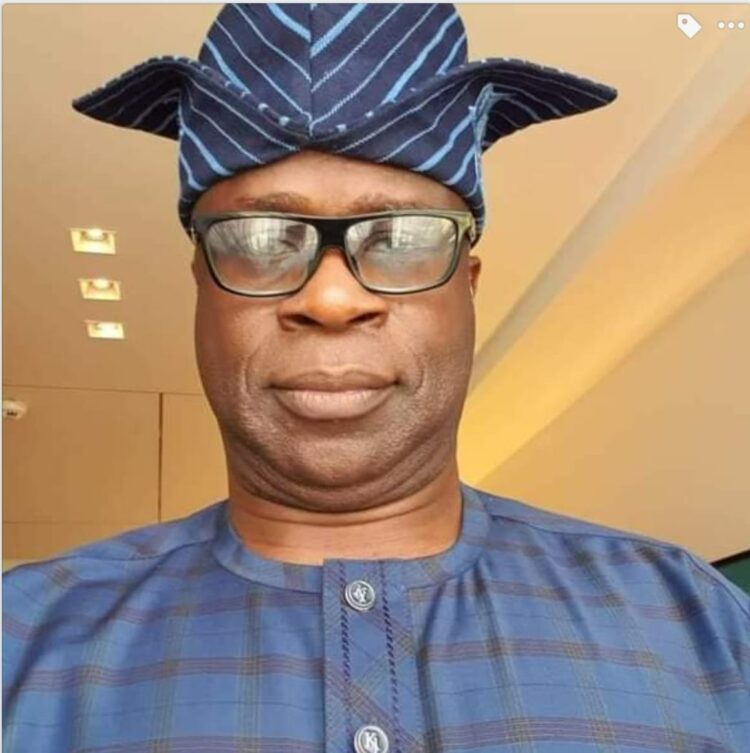 Reacting to the demise of Fashakin in Abuja yesterday, President Buhari in a statement by his media aide, Garba Shehu said:  ‘’ I’m saddened by the death of such a dedicated and loyal party man whose intellect and competence were amazing.

“As a former spokesperson of the Congress for Progressive Change (CPC) party, I’m proud to put it on record that Fashakin was one of the most dedicated and hardworking party officials that I had ever known and related with.”

Recalling his relationship with Fashakin in the former CPC, President Buhari explained that “the former party spokesperson had also given a good account of himself, discharging every responsibility with amazing skill and competence.”

“The late Fashakin was an outstanding loyalist who would stand by you through thick and thin without ever complaining. These are rare virtues among our politicians. May God bless his gentle soul and forgive his shortcomings and grant his family the fortitude to bear this irreparable loss,” the president added.

Also, Ondo State governor, Oluwarotimi Akeredolu, has described the death of the former spokesman of the defunct Congress for Progressive Change (CPC) as a big blow to Ondo State, the All Progressives Congress (APC) and the country at large.

Akeredolu said he received the news of the sudden death of the former Executive Director of Operations of the Nigerian Maritime Administration and Safety Agency (NIMASA), Engr. Rotimi Fashakin, with rude shock.

The governor, in a statement by his chief press secretary, Richard Olatunde, said, “We understand that death is a debt which everyone will surely pay if Jesus tarries.  We are, however, pained with the loss of this resourceful and dedicated son of our dear state, who has shown passion and commitment to the good of the state and its people.

“Rotimi and I had worked together on various assignments. He was our publicity secretary when I was the chairman of the Caretaker Committee of the APC in the state. His intellectual prowess stood him out as a gifted man. Beyond mere emotions, his demise is a piercing pain which is difficult to understand. But as Christians, we must submit totally to the will of the Almighty God as the giver and taker of lives,” the governor said.

Governor Akeredolu said the late Engr. Rotimi Fashakin gave his best in service to humanity and the country.

“A fellow alumnus of Obafemi Awolowo University, Ile-Ife, Rotimi was a quintessential personality who has served this country and his state in his little way. He will be sorely missed, may God grant him eternal rest,” Governor Akeredolu added.

The governor who commiserated with the widow and children of the deceased prayed to God to grant the family the fortitude to bear this irreparable loss.